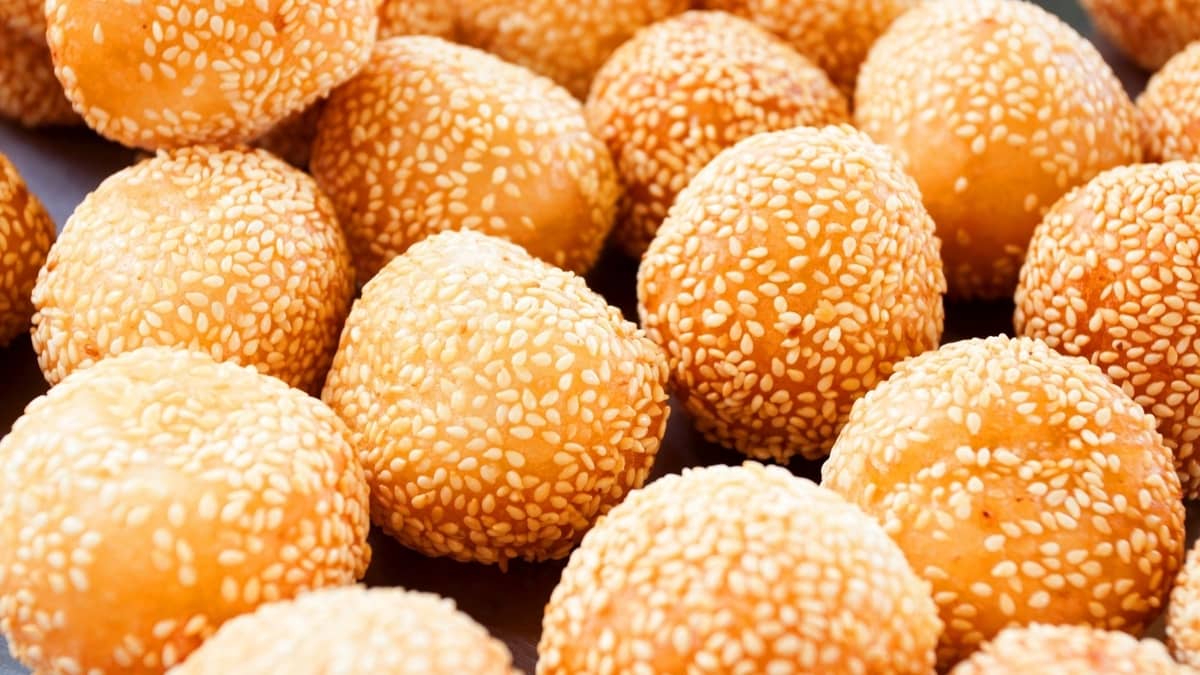 When thinking of Chinese New Year or dim sum, one thing comes to mind: food. Following a vegan diet can be tough during any holiday gathering, especially if animal foods make up many of the dishes. Sesame balls are vegan and a must-have for celebrations all year long!

What Are Sesame Balls?

Known as Jian Dui, these fried Chinese dessert balls are crisp and chewy. The delicacy is coated with sesame seeds on the outside and filled with a red bean paste inside. With an overall lightly sweet taste, the flavor and texture of sesame balls make them unique.

Sesame balls range in size from an inch in diameter to much larger – there isn’t a standard size. One bite will have you reaching for more!

Sesame balls are eaten year-round especially for birthdays and celebrations, like Chinese New Year. They are also popular for dim sum, a shareable small plate meal. They can also be found as street food in places like China, Japan, and other Asian countries. 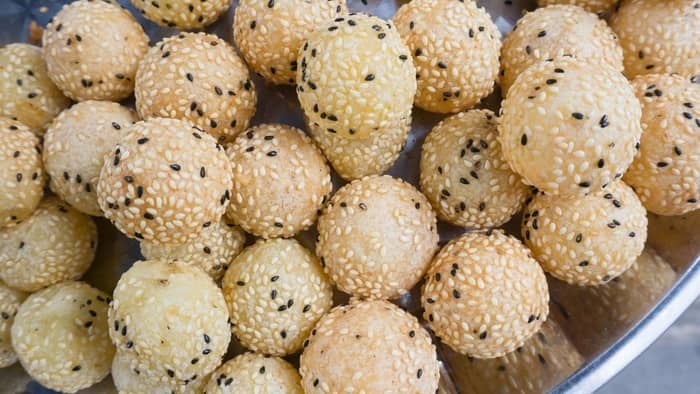 If you’re going to cook sesame balls, there are three parts to consider for a sesame balls recipe. The red bean paste on the inside, the dough, and the coating of sesame seeds on the outside are all needed to complete a sesame ball recipe. Sesame balls only have a few ingredients but are known to be tricky to make.

Don’t forget, patience is key and a secret ingredient needed for success! If you’re attempting to make them from scratch, these are the ingredients you’ll need:

It can be tricky to find gluten-free snacks and appetizers. If you’re on a gluten-free diet, you’re in luck! The main ingredient in these delicious sesame balls is glutinous rice flour.

Sounding like ‘gluten’, glutinous rice flour is completely gluten-free and vegan friendly. It gets its name because of the sticky texture when it’s cooked. This type of flour is perfect for sesame ball recipes to maintain the shape and achieve that chewy texture

While utterly delicious, sesame balls have a couple allergens to note. The first and most obvious allergen: sesame seeds. If you’re allergic to sesame, steer clear of sesame balls.

The oil used is another potential allergen of concern. In many sesame ball recipes, peanut oil is used and can invoke an allergic reaction for those with a peanut allergy. Always check the oil used before ordering sesame balls.

Read more about This Top Ramen Flavor is Vegan-friendly (and so delicious!)

Because every sesame ball recipe is a little different, there’s no way to know the exact nutritional information. There are some nutrition facts for a sesame ball-sized at two and a half inches in diameter. Overall, sesame balls are a higher calorie and carbohydrate treat.

One sesame ball is around 130 calories with 26 grams carbohydrates with only 1 gram fiber. There are only 2 grams of both fat and protein. If snacking on sesame balls, they won’t keep you full for very long because of the low protein and fiber content.

Like any dessert, sesame balls are a delicious treats that can be enjoyed in moderation. With flour and sugar as two of the main ingredients, these sweet treats are high in sugars. According to the 2020-2025 Dietary Guidelines for Americans, adults should limit added sugars to no more than 10% of your total daily calorie intake. 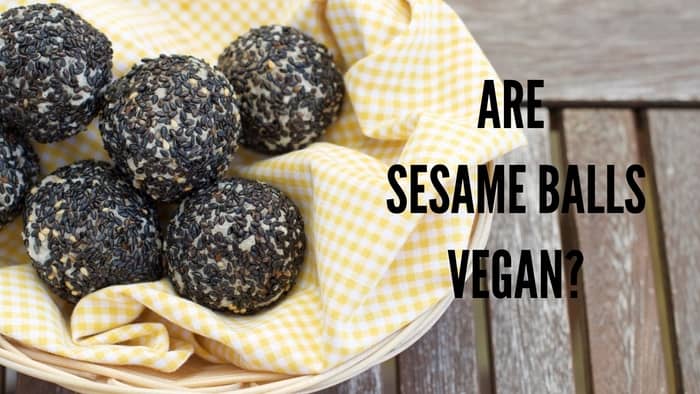 Vegans, you’re in luck! Sesame balls are mostly vegan-friendly by default. There is one potentially non-vegan ingredient to take note of: brown sugar.

Non-organic brown sugar is made the same way as refined sugar is. Using bone char during processing, brown sugar is technically not vegan friendly unless it is organic. Some vegans choose to allow refined sugars in their diets, so it is up to the individual to decide for themselves.

Dining in a restaurant brings another set of challenges when it comes to vegan sesame balls. Beware that some sesame ball recipes call for eggs. Unless it’s a vegan restaurant, there’s a chance your order won’t be vegan. It’s best to ask the restaurant what ingredients and oils they use to cook.

Making Your Own Sesame Balls

Making your own sesame balls is your best bet to getting fresh and vegan-friendly sesame balls. If you aren’t making them from scratch, picking up pre-made ingredients can save a lot of time and achieve a great flavor. Before you buy, it’s in your best interest to do some research.

Specifically for bean pastes, be sure to read the ingredients list before buying. Some of them contain animal products and other non-vegan ingredients.

Unfortunately, there aren’t a ton of options to forgo the cooking or dining out by picking up a vegan, store-bought option. Prepackaged sesame balls are hard to come by. Sesame balls should be made fresh to have the proper texture and flavor.

Most of the sesame balls online aren’t based on Chinese recipes. Rather, there are Indian sesame balls that appear to be the same but have different spices. Try ordering online or stopping by an international grocery store to find these variations.

One similar pre-made option are these Japenese-style sesame mochi balls. With the sesame coating on the outside and paste on the inside, these mochi will be familiar in taste and texture. However, nothing can truly substitute freshly made sesame balls. 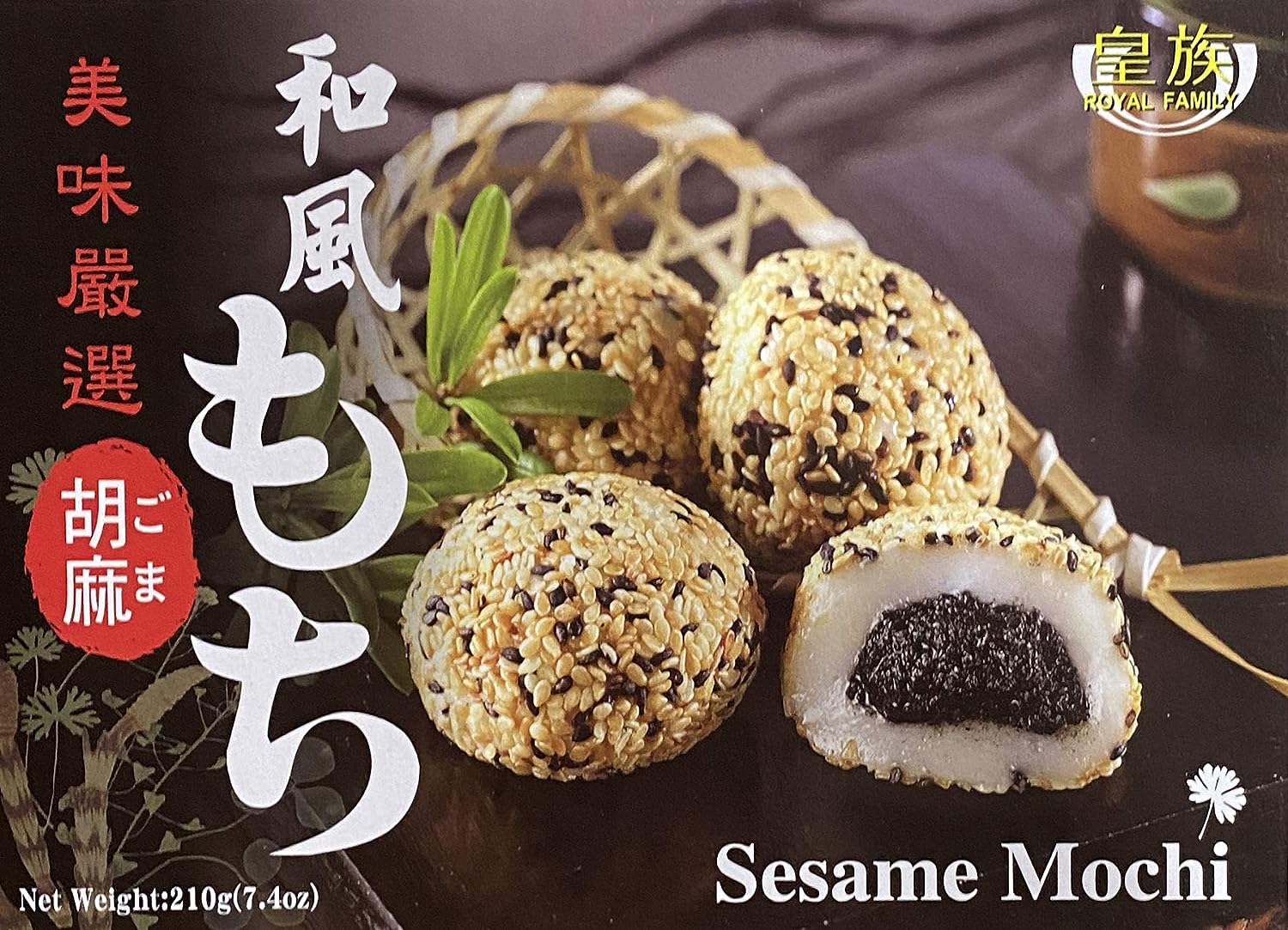 Alternatively, this package of black sesame mochi is another way to get your fix. However, it doesn’t have the sesame seed coating on the outside.

Crispy and chewy, sesame balls are a unique and delicious staple. Filled with red bean paste and coated with sesame seeds, these treats are vegan-friendly. The best way to get your hands on some sesame balls are at a Chinese restaurant or by making your own.