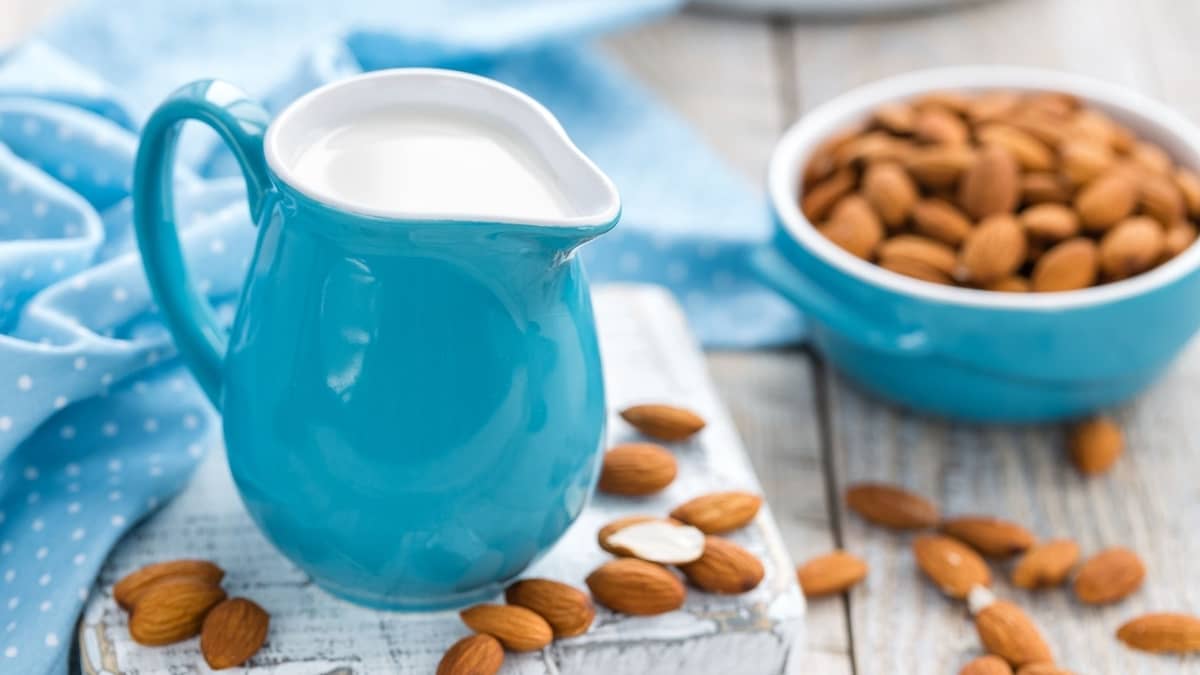 Almond milk is one of the most popular plant-based milks and is available in a variety of options. If you’re unfamiliar with almond milk, you may be wondering how long it lasts before it expires or if almond milk spoils if it’s left out. Keep reading for tips on how to buy, store, and keep almond milk.

What is Almond Milk?

Almond milk is a vegan-friendly milk that has become widely available in a variety of flavors, both sweetened and unsweetened. It has a thinner, more watery consistency compared to cow’s milk. Plain, unsweetened almond milk has a more neutral flavor compared to other plant-based milks.

Store-bought almond milk is made from filtered water and almonds, salt, emulsifiers, and added vitamins and minerals. It is also much lower in calories, protein, and fat than cow’s milk. One cup of almond milk has around 30 calories, 1 g protein, and 2.5 g fat.

Almond milk may be lower in the macronutrients than cow’s milk, but it still has a unique set of micronutrients. It may be fortified with vitamin A and D to increase its nutrient density. Almonds are also a source of vitamin E and minerals such as magnesium, copper, zinc, and selenium.

Almond milk can be bought at room temperature or refrigerated, so it’s located in two separate areas of the grocery store. There are both pros and cons to purchasing refrigerated vs shelf-stable almond milk. The shelf life of the product ultimately depends on how it’s bought. 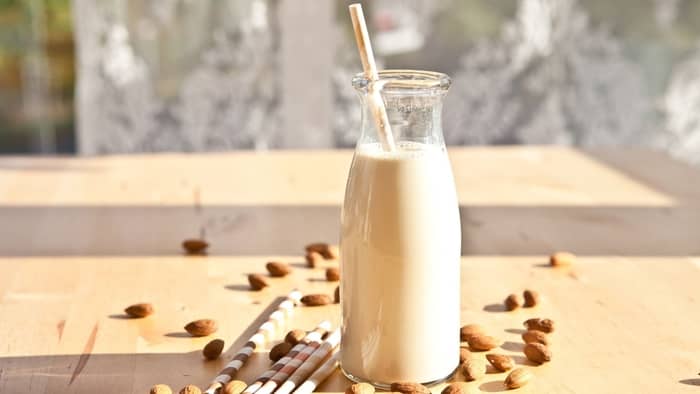 This variation of almond milk is processed using ultra-high temperature (UHT) to remove microbial components to the milk. It’s then packaged in aseptic containers and can be stored at room temperature. This type of almond milk should be consumed by its use-by date on the package, which is usually about 10 months.

Pros to buying shelf-stable almond milk include being able to keep it in the pantry until needed. Typically, the shelf-stable containers are available in smaller quantities than refrigerated varieties. This may be a pro or a con, depending on the quantity needed.

While this option is not as common, almond milk in its powdered or concentrated form is another shelf-stable option. It can be made on-demand by adding water, which can minimize food waste. Once it’s made, it can be stored in the refrigerator for up to one week.

If refrigerated almond milk is purchased, it must remain refrigerated throughout its lifespan. It does not undergo the UHT processing, but it is pasteurized like cow’s milk. Drinking it before the use-by date on the container is the safest.

The pros to buying refrigerated almond milk are that it is cold and ready to drink. It’s also available in larger containers, comparable to cow’s milk. The cons include its overall shorter lifespan compared to the shelf-stable varieties.

For those of you making your own plant-based milks, kudos to you! However, there’s a good chance your homemade almond milk recipe doesn’t have any preservatives or additional processing to extend shelf life. This gives homemade almond milk a unique set of rules to note.

Since homemade almond milk doesn’t have preservatives and is made in a non-commercial kitchen, it is more susceptible to bacteria and spoilage. Homemade almond milk should always be refrigerated, and it should be consumed within 3-5 days of making it.

There are additional steps when making your own almond milk that can assist with making it more food safe. For example, blanching and/or soaking the almonds can be done before making milk. Avoid using your hands to strain the almond milk during the filtration process, and sterilize containers before bottling your almond milk.

When Does Almond Milk Go Bad?

As a general rule of thumb: once you open a container of almond milk, it lasts for about one week. This rule can be applied to both shelf-stable or refrigerated almond milk.

How to Store Almond Milk?

If shelf-stable almond milk is purchased, it can be stored at room temperature until the date on its package. Keeping it in a pantry or cupboard that stays cool and dark is best. Do not store in a shelf above a stove or oven.

How Long Can Almond Milk Sit Out?

How Can I Tell If it’s Spoiled?

If you’re unsure if a container of almond milk has gone bad, there are a few signs of spoilage, including change in color, texture, smell, and/or taste. 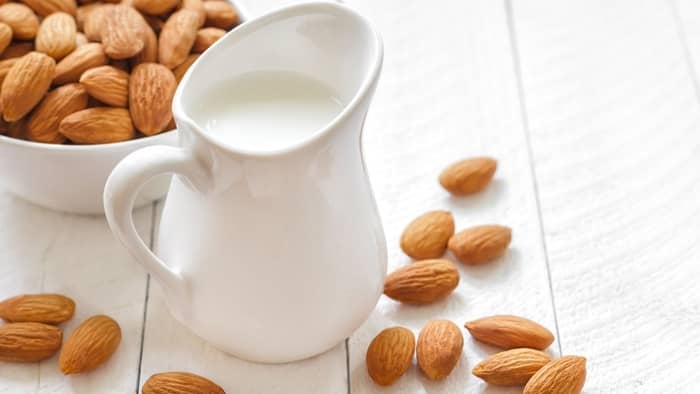 If you think you may have drank spoiled almond milk, you could experience minor signs of food poisoning. This includes an upset stomach, cramping, diarrhea, and nausea.

Read more about What Candy Can Vegans Eat? Avoid These Ingredients.