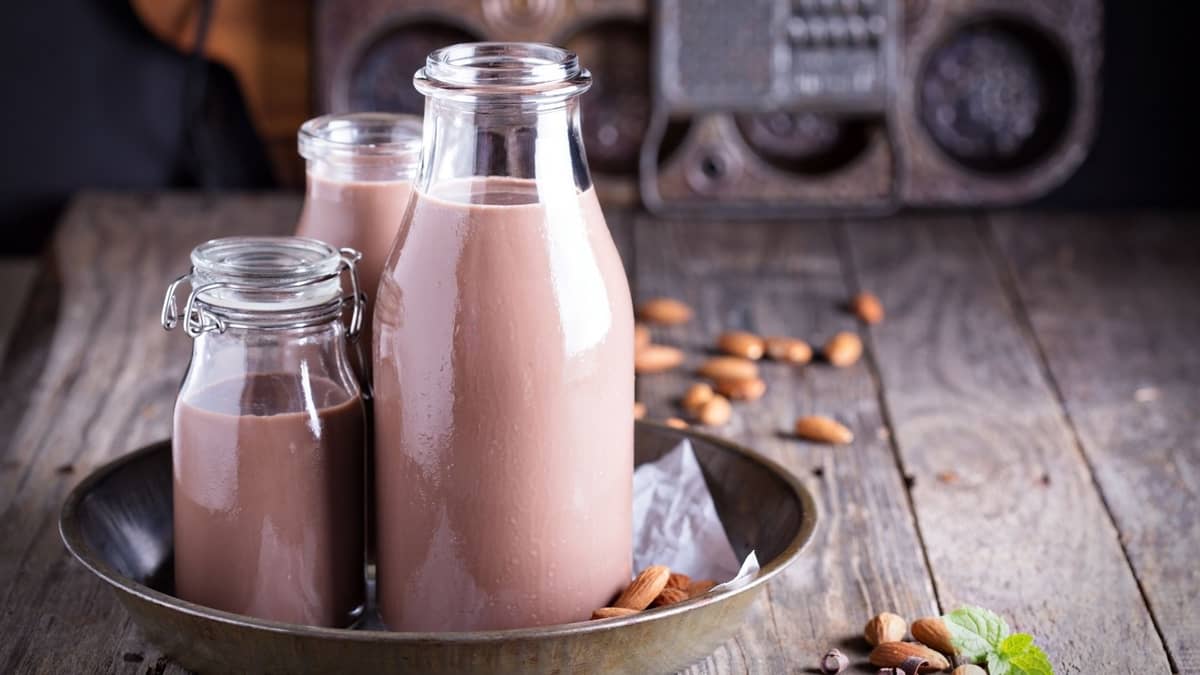 Almond milk is one of the most well-known vegan milk alternatives. Available in cafes, grocery stores, and restaurants, almond milk is everywhere! With almond milk being so popular, there are also many flavors to choose from.

What Is Almond Milk?

A vegan-friendly alternative, almond milk has become commonly available as an alternative to cow’s milk. Almond milk comes in a variety of flavors, both sweetened and unsweetened. When it comes to vegan chocolate milk, almond milk is a great option. 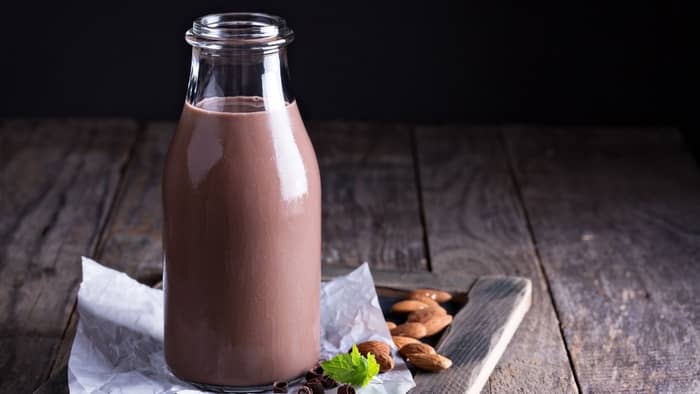 Chocolate almond milk is lower in calories, protein, and fat than other chocolate milk. It is usually fortified with vitamins (like A and D) to increase nutrition. Almonds also naturally have vitamin E, magnesium, copper, zinc, and selenium.

To achieve a rich and smooth taste, chocolate almond milk will have chocolate, sugars, and sometimes other additives. It’s key to check the nutrition facts label before purchasing. Some brands include a large number of added sugars to achieve that chocolate flavor.

Some chocolate almond milks have up to 20 g added sugars – that’s a lot! The 2020-2025 Dietary Guidelines for Americans recommend adults should limit added sugars to less than 50 grams per day, or no more than 10% of daily calorie intake. Additionally, children should have even less than that.

Chocolate almond milk can be bought refrigerated or at room temperature. Both types of almond milk are equally healthy and delicious. Despite its storage method, unopened almond milk should be used by its use-by date on the package. Once you open a container, it lasts for about one week.

Shelf-stable almond milk is processed using ultra-high temperatures (UHT) to remove any bacteria so it can sit at room temperature in the pantry until needed. On the other hand, refrigerated almond milk must remain chilled throughout its lifespan.

Being familiar with non-vegan ingredients and reading the container is the best way to know if chocolate almond milk is vegan. While you’re checking out the ingredients, look out for a Certified Vegan Logo. This vegan stamp of approval means that the almond milk has been tested by Vegan Action and means that no animal products or by-products are used.

There are not many vegan almond milks with the Certified Vegan Logo. You would think chocolate almond milk would make a great vegan chocolate milk option, but that isn’t always the case. While it is plant-based, there are a few sneaky ingredients that can make this milk not 100% vegan-friendly.

It may be a surprise that some sugars aren’t vegan. Refined cane sugar is processed using animal bone char, which is an animal byproduct for production and enough for some vegans to keep it out of their diet. Vegan-approved sugars include organic cane, beet, coconut, and raw sugars.

Where chocolate comes from is important to many vegans because many prefer to buy foods that ethically source cocoa. The chocolate industry has issues with child labor, human trafficking, and slavery. While cocoa may be free from animal products, the ethical issues in the chocolate industry are something to keep in mind when buying your next almond milk chocolate bar. 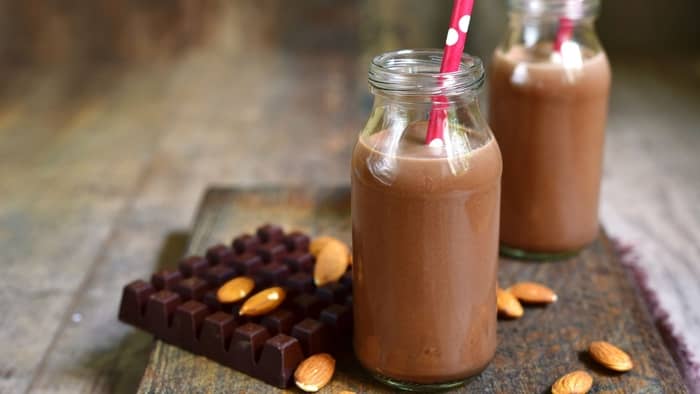 Not all vitamins are made to be vegan-friendly, specifically Vitamin D3. When added to foods, this vitamin is sourced from lanolin, which is a fancy word for sheep’s wool. This animal byproduct is inexpensive, making it an easy way for food companies to fortify vitamin D in packaged foods.

Some vegans allow fortified vitamin D in their diets, especially since it’s one of the vitamins we all could use a boost in. Used less frequently, Vitamin D2 is a vegan source of vitamin D found in many almond milks.

This ingredient is vague, identified as anything that is approved for use in food – vegan or not. Using natural flavors makes it impossible to tell if a food is 100% vegan. Almond milk and most packaged foods contain natural flavors.

Read more about Vegans Can Eat This Fun Flavor Of Doritos

Being a certified USDA Organic, this almond milk makes a great vegan option. While it has natural flavors, the cane sugar is organic and vegan friendly.

According to their website, this dark chocolate almond milk is vegan, gluten-free and non-GMO Project Verified. Silk fortifies their milk with vegan-friendly vitamin D2, but they use non-organic cane sugar and natural flavors. This milk isn’t 100% vegan but may be acceptable for those that allow those non-vegan ingredients in their diet. 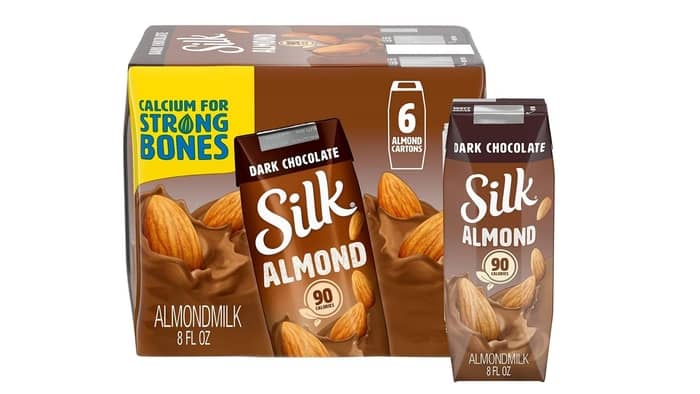 This almond milk brand is very popular and widely available, while also being one of the cheapest options. They have both sweetened and unsweetened chocolate almond milk. With no added sugars in the unsweetened variety, this option is nutritionally superior to the sweetened version with 19 grams of added sugars.

Blue Diamond almond milk comes in a refrigerated and shelf-stable carton, as well as a single-serve container. This plant-based milk may taste like an almond milk chocolate bar, but that doesn’t mean they are 100% vegan. Blue Diamond uses vitamin D2 and claims to be free from artificial flavors, but the ingredients list includes cane sugar and natural flavors.