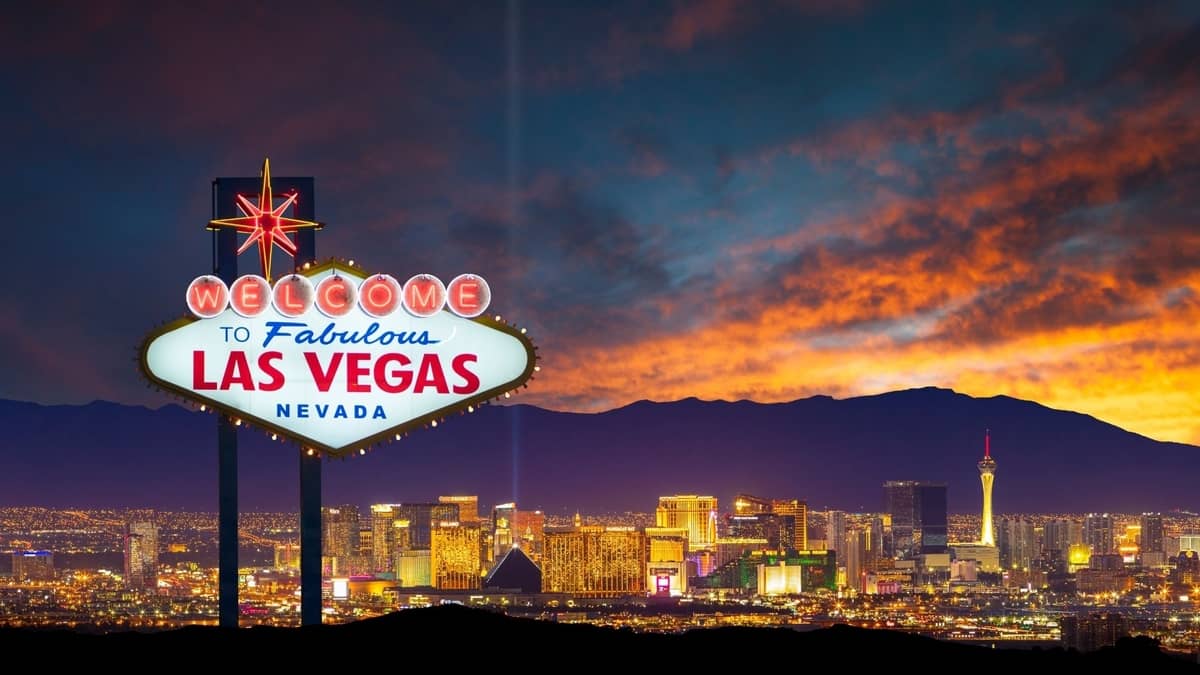 Las Vegas, known for its entertainment industry, may not be the place that comes to mind when you think about vegan food. Finding vegan spots in any city can be tough, especially when there’s an unlimited number of choices in a city like Las Vegas. This guide for all things food highlights vegan stores in Las Vegas, including grocery stores and delivery options.

One of the advantages of living in a city is being surrounded by choices. Where to go shopping, places to eat, things to do – you name it, Las Vegas has it. There are plenty of supermarkets and retail grocers, but Las Vegas has its fair share of specialty vegan stores as well.

Priding itself as Las Vegas’ first and only vegan market, Veg-In-Out is exactly that. Full of vegan goods, this vegan store in Las Vegas has it all. They carry local and seasonal items in addition to vegan staples.

Veg-In-Out Market makes vegan grocery shopping more accessible, as they accept EBT. Not to mention, Veg-In-Out Market has two vegan delivery options in Las Vegas if you’re in a crunch for time. They’ve teamed up with Uber Eats and Instant Cart to offer groceries delivered to your door.

With a focus on high-quality vitamins, herbs, and snacks, Pure Health Foods has an ever-growing stock of health foods. In two locations in Las Vegas, these vegan stores have been family-owned and operated in the area since 2008.

If you’re environmentally conscientious, this vegan store in Las Vegas is the place for you. With two locations in the region, this retailer offers a range of vegan staple foods and produce. Natural Grocers has a commitment to the environment, so there are certain products and packaging they won’t allow in their store to support it.

Falling under the umbrella of a chain grocery store, Sprouts Farmers Market offers natural, organic & gluten-free foods. This includes a range of vegan goods from fresh produce to supplements and beyond. There are three locations of this vegan store around Las Vegas.

Despite being in the desert, Las Vegas has a few farmers’ markets around the city. Stocked full of produce and other local finds, getting vegan goods and supporting local farmers is a win-win here. When they are open, check them out in Bruce Trent Park, downtown Summerlin, Skye Canyon, and more. 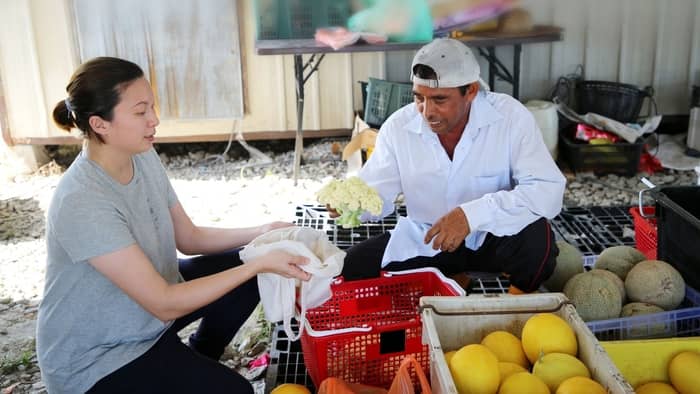 Breakfast, lunch, dinner, or dessert – VegeNation has a vegan menu for you. They also work with local small businesses to source beer, coffee, tea, artisan cheeses, seasonal herbs, and art in their restaurant.

Vegan Mexican food can be hard to come by but look no further than Vegano’s Kitchen. Tacos, burritos, and other classic Mexican dishes are 100% plant-based here.

Did someone say vegan hot dogs on wheels? Phyto’s Vegan Kitchen is the first all-vegan hot dog cart in Las Vegas. Phyto’s also pops up at events, markets, and other hot spots around the city.

Craving American food? Look no further than Veggy Street, where they have a variety of wraps, sandwiches, hot dogs, burgers, fries and so much more. This vegan hot spot is 100% vegan friendly and can be found in three locations around the city.

If Italian food is the key to your vegan heart, Tarantino’s Vegan is about to be your favorite spot in Vegas. Their menu is Italian-inspired and 100% plant-based, including the meat and dairy listed on the menu. 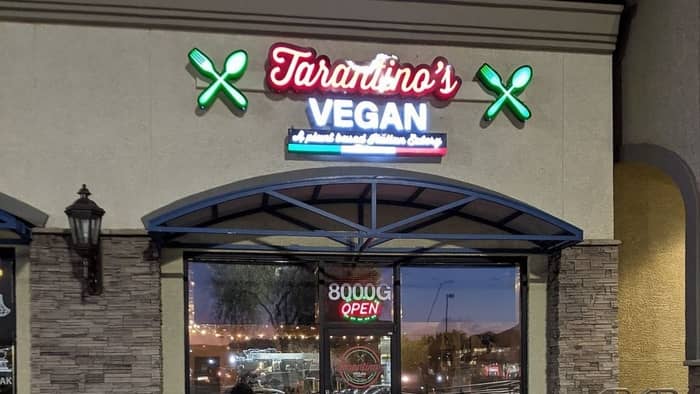 Known as Nevada’s premiere plant-based Japanese restaurant, the entire menu at Chikyu is vegan. From sushi to ramen and other traditional Japanese food, the menu is robust and delicious. Most of the menu is also gluten-free.

Classic American food without the meat, this fur-less restaurant is 100% vegan. Their menu is full of burgers, Philly cheesesteaks, fries, and more. This vegan store is located in Chinatown.

Vegan sliders and cookies, sign me up! This retro-style vegan pop-up restaurant sells its goodies at Golden Fog Coffee and local events. Sliders can be found on-demand at their first frozen vending machine at Ferguson’s Downtown.

Sometimes it’s just easier to have food ready to go, and the convenience of delivery can make that happen. Food delivery has exploded since the start of the pandemic, keeping restaurants alive and consumers happy when we couldn’t dine in anymore. Vegan food delivery in Las Vegas is here to stay, with a variety of vegan meal prep services available.

This raw, plant-based meal prep company offers weekly meal prep kits available for pick-up and delivery on Wednesdays. If a subscription is more your style, 702 Vegan Eats has a discounted weekly rate. If you’re looking to try out a single meal or small quantity, they also have one-time purchases. 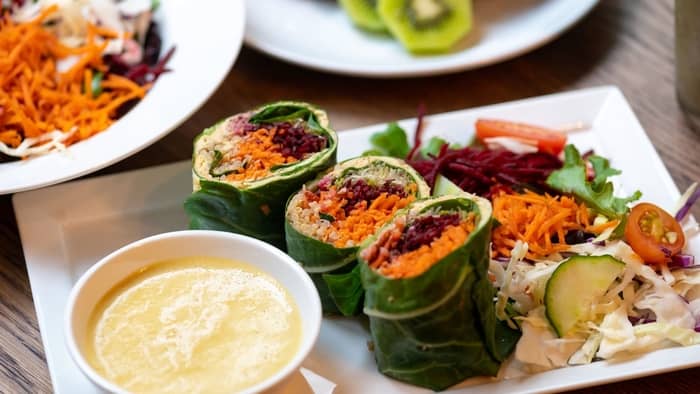 Weekly meal prep just got a whole lot easier! The Healthy Vegan is a weekly vegan meal service that can be delivered to your door. They cater to all diets, using only non-GMO and organic ingredients.

This vegan service offers a seasonal meal prep menu that covers breakfast, lunch, and dinner. Deliveries are on Friday and Saturday when you order ahead. Garden Bites LV meals are available on popular delivery apps for vegan meals that can be brought to you on demand.

Take the meat out of a butcher’s shop and what do you get? Prone to Plants is a “vegan butcher” with creative assortments of chickpea-based meat. Referred to as ‘Chickmeat’, bite into a vegan spin to wings and sandwiches that are only available for delivery in Las Vegas.