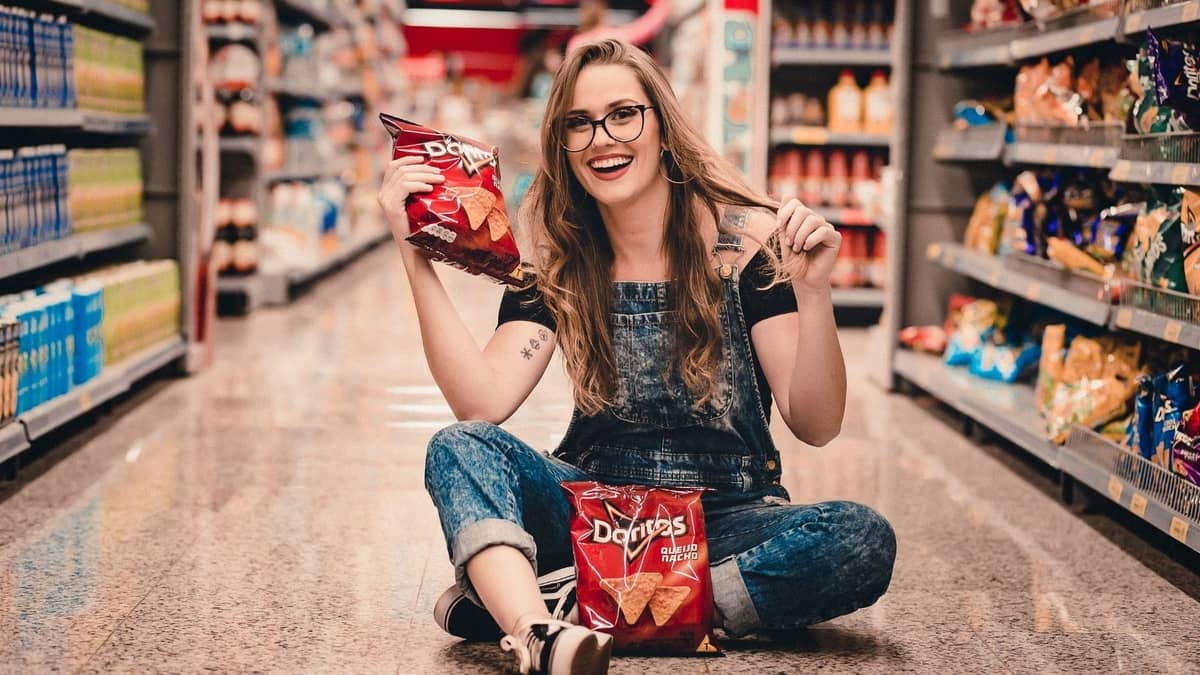 Whether it’s a tailgate or late-night snack, having a bag of chips in the kitchen cabinet is a no-brainer. Chip lovers alike know it’s important to pick a fan favorite bag of chips to share, with an added bonus if they’re vegan. In this article, we’re answering the question ‘can vegans eat Doritos?’ and highlighting similar vegan-friendly chip options.

Crunchy and flavorful, Doritos have been a classic American snack for decades. The name originates from the Spanish word ‘doradito’, meaning little golden things. These triangular chips are unique and have a fun origin story.

When Disney World opened, they had a Mexican restaurant owned by Frito company, called Casa de Fritos. It’s rumored that Doritos were the result of attempting to reduce food waste in the kitchen. Instead of throwing away stale tortillas, Casa de Fritos would fry and turn them into chips.

It may be hard to believe, but the original Doritos flavor was just a plain chip. It wasn’t until 1974 that the famous Nacho Cheese flavor hit the markets, and Doritos became an American must-have. Now, there are more than 100 flavors of Doritos – that’s a lot!

Doritos release new varieties on a pretty frequent basis, making the list of flavors seem endless. With that being said, there are classic flavors that stand out as the most popular. Here’s a list of Dorito’s flavors currently available on their website:

So, can vegans eat Doritos? There is only one flavor of Doritos that are considered vegan-friendly. The Spicy Sweet Chili Doritos are mostly free from animal products, except for a few ingredients. Some of these ingredients can be vegan, depending on your personal preferences.

Sugar is the fourth ingredient on the list. Refined cane sugar is processed using bone char, an animal byproduct. Some vegans don’t allow it in their diets. Depending on your views, you may allow non-organic sugar in your diet.

Vague and mysterious, natural flavors have a wide range of uses in food. These ingredients vary between being parts of fruits, animal products, and everything in between. The ‘natural flavors’ label in an ingredients list makes it impossible for vegans to tell if a product has animal-based ingredients.

If you’re wondering why manufacturers use the natural flavors label, it’s a great question. It’s a way to summarize the ingredients lists and hide their recipe from competitors. To consumers, it’s vague and can be confusing. As time goes on, more consumers are questioning what ‘natural flavors’ really means. 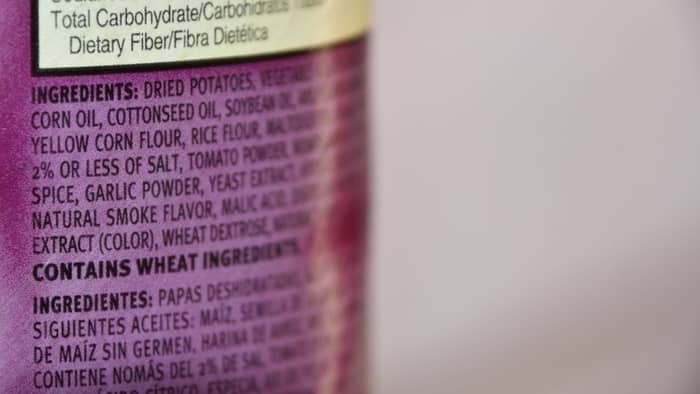 Chips are known to be an unhealthy snack item. After reviewing the nutrition facts and ingredients, Dorito’s aren’t an exception – even if one flavor is vegan friendly. However, any food can be a part of an overall healthy diet, chips included.

The quick answer: no. Many flavors may not have direct sources of wheat but are processed in facilities where cross-contamination may occur. However, Dorito’s Simply Organic White Cheddar Flavored Tortilla Chips are considered gluten-free.

Still craving Doritos but want to stick to a vegan diet? Thankfully, there are a ton of Dorito-inspired vegan chips available. A healthier version of Doritos does exist, and here’s five trustworthy (and delicious!) brands to try:

These plant crisps are a traditional chip alternative, bringing the “the taste of cheddar cheese with a twist”. Vegan, gluten-free, and Non-GMO Project Verified, Snacklins come in both snack-sized and full-sized bags. These Non-GMO, grain-free tortilla chips are vegan-friendly. Offering the classic triangular shape, these vegan chips come in both a vegan nacho and zesty lime flavor. 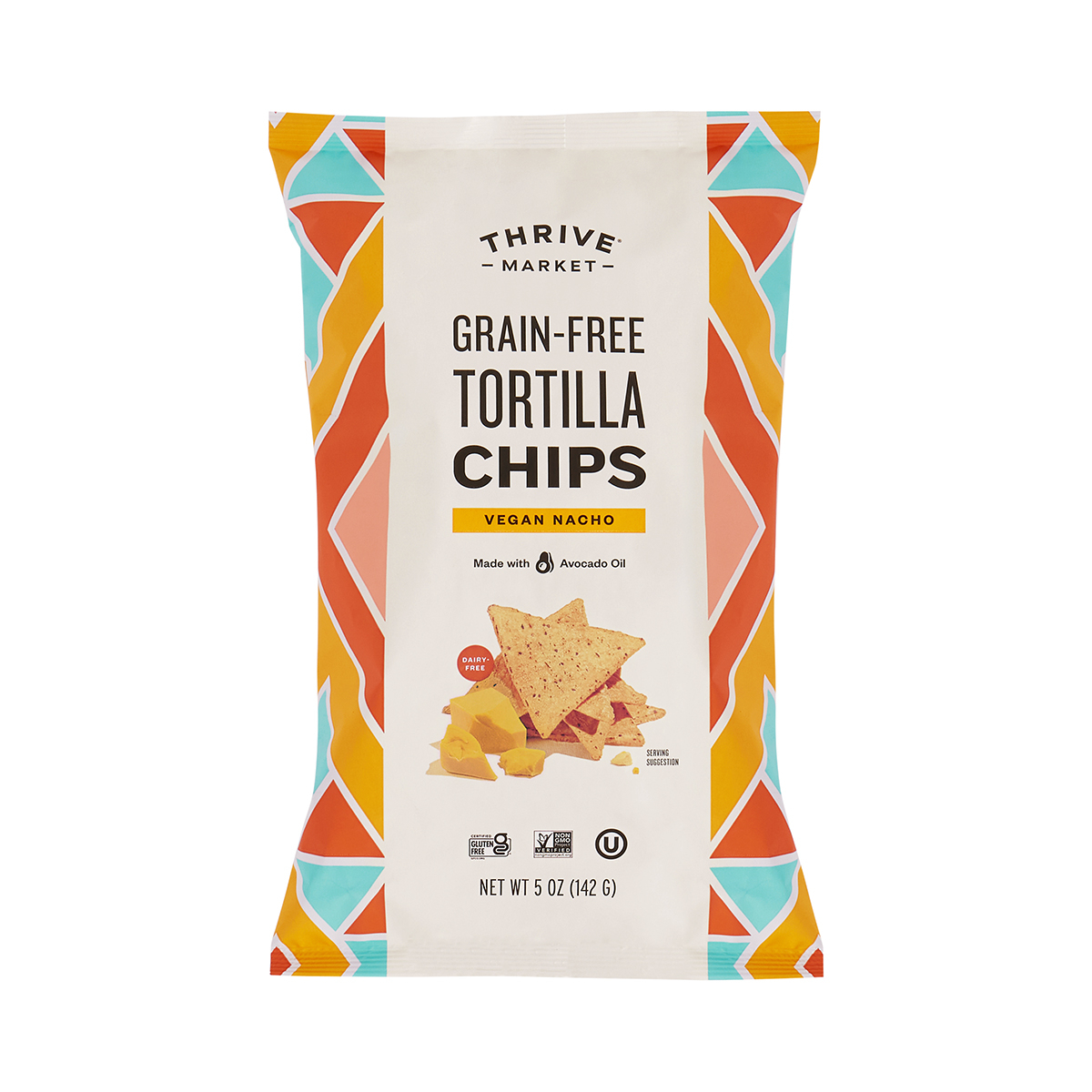 Gluten-free vegans, look no further. Beanfield boasts that all flavors of their Bean Chips are vegan, as well as Certified Gluten-Free. Nacho, Sour Cream, and Fiery Hot – choose one or try a variety pack on their website. Available at some major grocery store chains, Siete Foods checks most of the boxes if you have some ingredients to avoid. Grain-free, vegan, gluten-free, soy-free, and NON-GMO Project Verified – paleo vegans, these chips are for you.

Known for their Cheeto-like puffs, Hippeas now has chips. Made from garbanzo beans, these triangular chips are USDA organic, Certified Gluten-free, Kosher, and vegan. Straight from the bag or with a creative twist, Doritos are a fun ingredient. Next time you’re hosting, consider some of these ways to use a triangular-shaped chip – or the crumbs at the bottom of the bag.

Dorito’s are a classic brand of chips, especially known for their Nacho Cheese flavor. While most flavors aren’t vegan, the Spicy Sweet Chili Doritos are mostly vegan-friendly. If you want something 100% free from animal products, try one of the similar chips from a vegan brand.