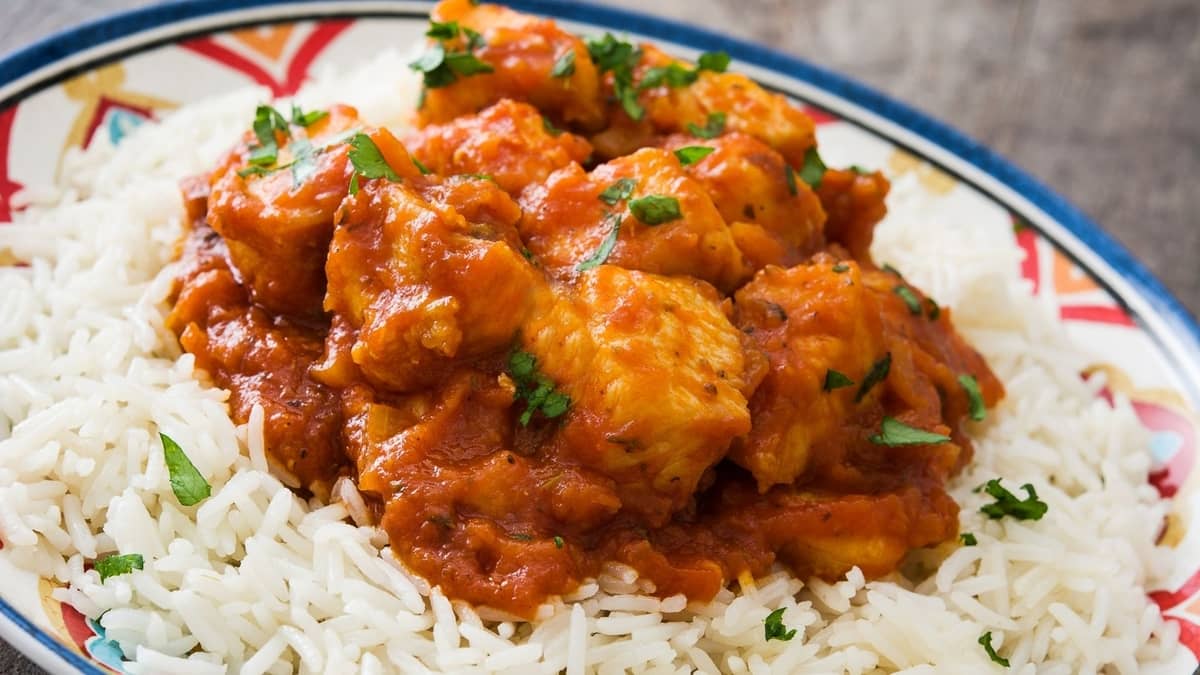 Last Updated on December 31, 2021 by Guillermina

Did you know you can make Tikka Masala vegan? It’s not hard to make a vegetable Tikka Masala, embracing the power of plants and their nutritional value. Tikka Masala Vegetable recipes are common on Google and Pinterest. There are a number of recipes that are provided to create your own vegetable-based Tikka Masala at home. Going meatless and animal-product-free isn’t as strenuous and difficult to do, especially if you want to control what goes into your food by making it at home.

Take a look at the vegetable options for your Tikka Masala recipe below and view the nutritional power that vegetables hold!

What Is Tikka Masala?

An Indian-based cuisine, tikka loosely means “pieces of meat” while “masala” translates to “spice”. This flavorful dish is noted for the small pieces of meat, usually chicken, and the base of creamy sauce flavored to perfection with spices.

Known as the “white” or “colorless” broccoli, cauliflower is low in calories but high in vitamins and nutrients! A cruciferous vegetable, cauliflower contains glucosinolates and isothiocyanates. Both are powerful antioxidants that slow the growth and spread of cancer cells. To add to its increasing nutritional health benefits, cauliflower has other important nutrients like carotenoids and flavonoids, which reduce the risk of heart disease and have anti-cancer properties. 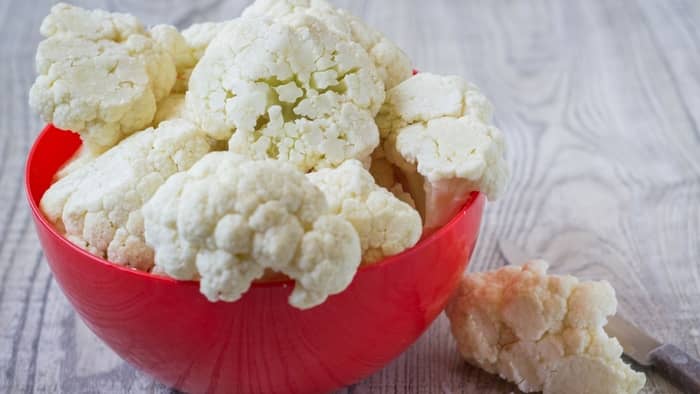 Well-known for helping with eyesight, carrots have a greater impact nutritionally than you’d think. Not only is this bright orange vegetable great for adding flavor to Tikka Marsala, but it boasts great health benefits with its nutritional value.

Containing antioxidants called falcarinol and falcarindiol, a natural pesticide created by the carrot to fight off fungal diseases, these both have been shown to reduce the potential risk of cancers like breast cancer and lung cancer, to name a few. Beta-carotene is a powerful nutrient that diminishes the damage done to cells. This property works as an anti-aging property. Not only do carrots contain beta-carotene, but they also hold the power of alpha-carotene and a nutrient called lutein. These two agents greatly lower the risk of heart disease by reducing cholesterol levels.

Like cauliflower, chickpeas have a diverse usage in the creation of different foods. Crispy chickpeas, hummus, dessert hummus, aquafaba (chickpea juice)–you name it! This Middle Eastern food packs a powerful punch of nutrients and protein.

A great source of plant protein, chickpeas pack about 14.5 grams of protein per one cup. It is inexpensive to buy, easily found at your local grocery store in the canned section (usually near the beans), making chickpeas an accessible and affordable food. Add it to your next batch of Tikka Marsala to get a good bunch of plant-powered protein and nutrients like dietary fiber, calcium, fiber, and magnesium. 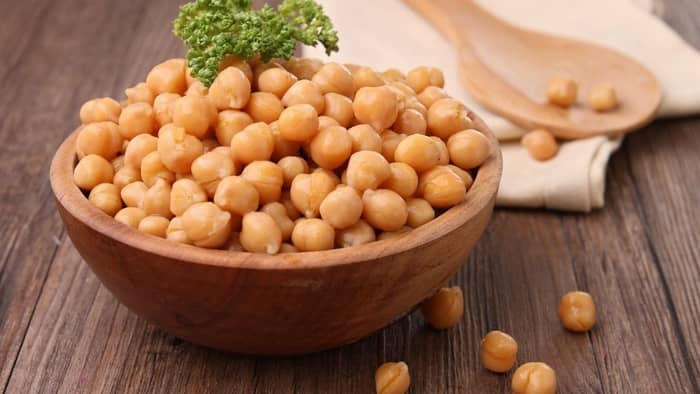 Like most vegetables, onions are low-calorie and easily added to recipes in soups, salads, casseroles, and more. Adding to a recipe for Tikka Marsala will only enhance the flavor with the addition of onions.

Onions are, surprisingly, overlooked as a nutrition-packed vegetable. They are high in Vitamin C, which helps to keep the immune system up and running, among other very important things, like protecting the body against free radicals that cause the body and cells damage. Folate, or B9, and pyridoxine, or B6, are additional important vitamins that onions provide in their consumption. These two vitamins regulate red blood cell production, among other key roles in the body.

A great addition to Tikka Marsala, bell peppers come in different colors, and arguably different flavors along with the colors, to bring forth additional flavor and health benefits.

Containing powerful vitamins such as B6, E, K1, A, B9, and C, bell peppers are bringing nutritional benefits with each delicious and crisp bite. All of these vitamins bring different benefits ranging from aiding in bone health and blood clotting to providing and supporting healthy muscles and nerves. It is safe to say that bell peppers should be added to at least a few of your meals each week to obtain the wonderful benefits provided to us by plants. 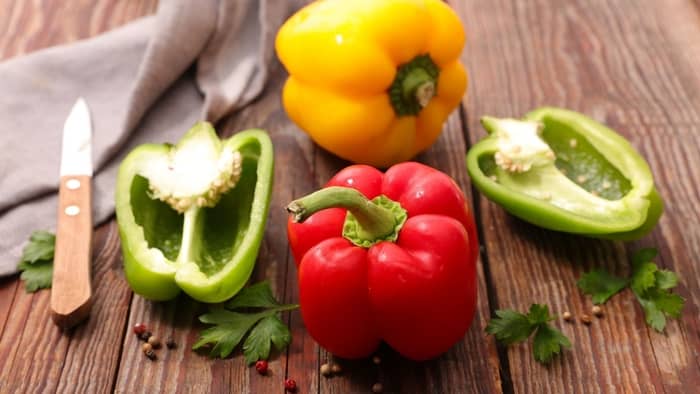 Other Indian Recipes To Try

Chana Masala is a notable staple dish in northern India. In contrast, Chana Masal is eaten as a breakfast dish in the southern portion of India! Interestingly enough, “chana” means “chickpea” while “masala” means “spice” in their native language.

By default, you’ll get that there is going to be chickpeas and a bit of spice in this dish. If you make it at home, you can make it customizable to your taste and spice preferences.

A common dish normally prepared in Indian households, Dal Chaawal is incredibly popular in India. To translate, “dal” means “lentil”, while “chaawal” means “rice”. This dish uses a combination of lentils and rice. It is frequently made from different kinds of lentils to add flavor and nutritional value. Dal Chaawal is packed with a flavorful combination of spices that make it understandably popular.

Dal Chaawal is commonly eaten with roti, a type of Indian flatbread. You’ll find that Dal Chaawal is more commonly made at home than in restaurants. If you ever travel and head to an Indian cuisine-based restaurant, make sure to inform your server not to use ghee or butter. One of the two is normally added to the dish once the Dal Chaawal is ready to be served.

Did you find this article informative? Make sure to leave a comment below to tell us what you think or if you have any questions. Don’t forget to share this informative article on what “Veggies Are Good For Tikka Masala”.

Tag us on social media to show us which vegetables you decided to use in your Tikka Masala recipe. Let us know if you tried any of the other suggested Indian cuisine dishes!