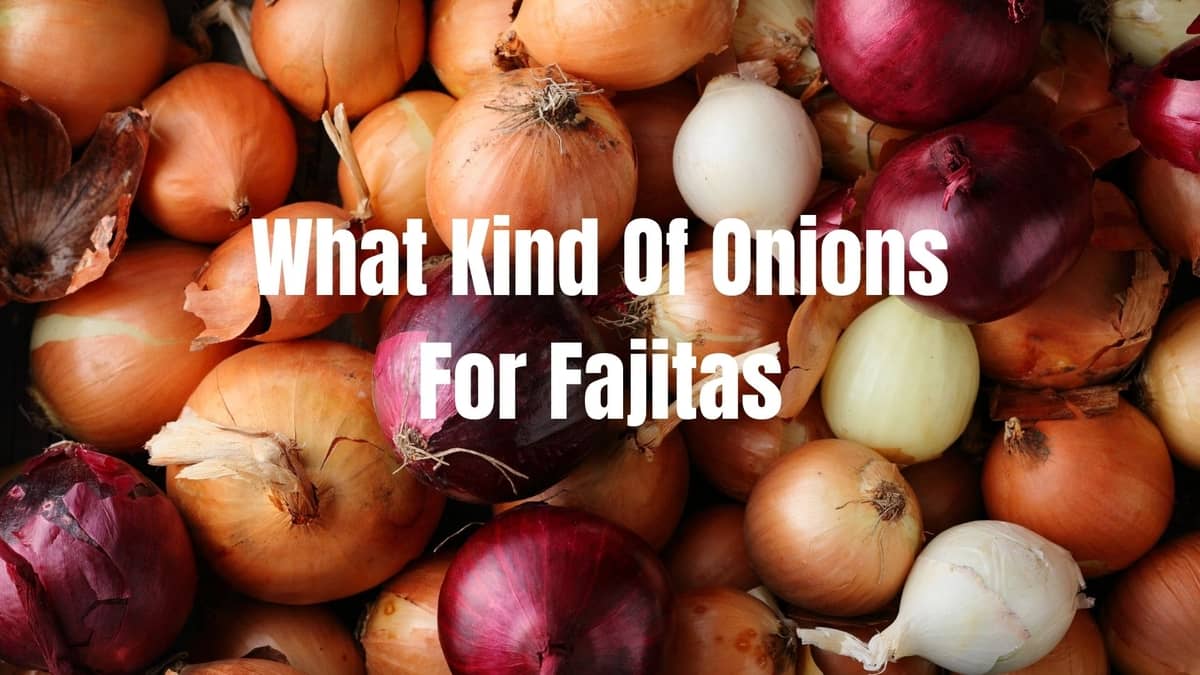 Last Updated on March 1, 2022 by Guillermina

We’ve all had that moment when the server comes out with the steamy, delectably dish of fajitas…and our saliva thins in barely veiled anticipation. At least, there’s no drool—-this time.

Going out to restaurants can quickly become an expensive endeavor, and occasionally an unhealthy one as sodium and sugar content is much richer in restaurants compared to at-home cooking and baking. Not saying that one shouldn’t enjoy themselves and eat out, but it can quickly become expensive and unhealthy when done frequently. That’s why we want to show you what kind of onions for fajitas are the best for the full-on flavor to prepare you for at-home cooking that can combat your local Mexican restaurant!

Cooking at home doesn’t need to be stressful or overwhelming with all the new information that can be quite overloading. In fact, it’s meant to be not only cheaper (save your money people!) but healthier as you can control what goes into your food. And so, we’ve created this informative article on, “What Kind Of Onions For Fajitas”, for fajita lovers all over with inclusive steps on how to chop up your onion of choice for crispy and delicious onions for your fajitas.

What Kind Of Onions For Fajitas

What Other Onions Can Be Used For Fajitas

There are other onions that can be used to make fajitas. Oftentimes, this can be based on personal preference and catering to flavor combinations rather than a traditional preference. 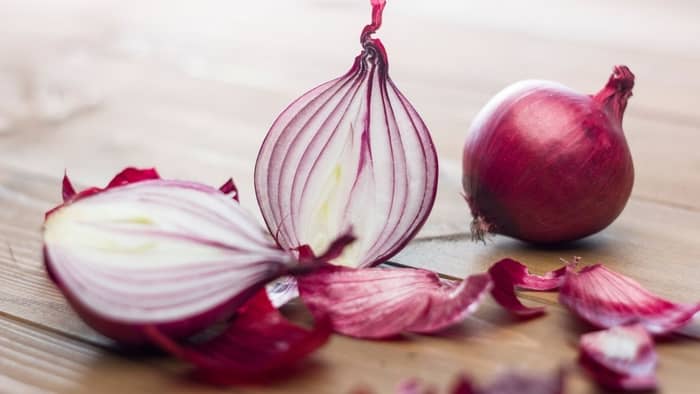 A vibrant eye-catching color, it’s not uncommon to see Mexican restaurants using red onion when they bring out the steaming plate of fajitas that has everyone salivating. Red onions also tend to have a more mellow flavor compared to white onions. They can be sweet and yet occasionally incredibly acidic, but either way, red onions can add a fresh boost of flavor to a batch of steaming fajitas.

The Method To Slicing Onions For Fajitas

The goal when slicing onions for fajitas is to make sure that they are as even as possible. This is necessary as when the onions are cooking, we want them to cook and crisp up as evenly as possible to ensure quality flavor and texture. Ensuring the onions are even and consistent will prevent lumps of onion from turning up in different portions of the conclusive fajitas. 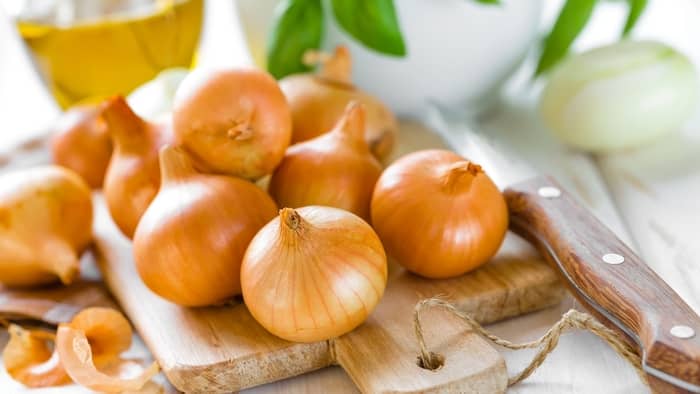 Step One: Cut Off The Ends

The first step to preparing your onions, preferably white if sticking to Mexican traditional cuisine, is trimming off the ends of the onion using a Chef’s knife.

Step Two: Cut In Half

Once both ends of the onion have been cut in half, stabilize the onion vertically by setting either cut end side of the onion on a flat surface (preferably a cutting board). Next, slice down the center of the onion to cut it in half.

Now that the onion has been cut in half, it is time to remove the onion skin (the dry outer layer). This tip is a much easier method when removing onion skin than manually peeling it off when the onion is still whole. 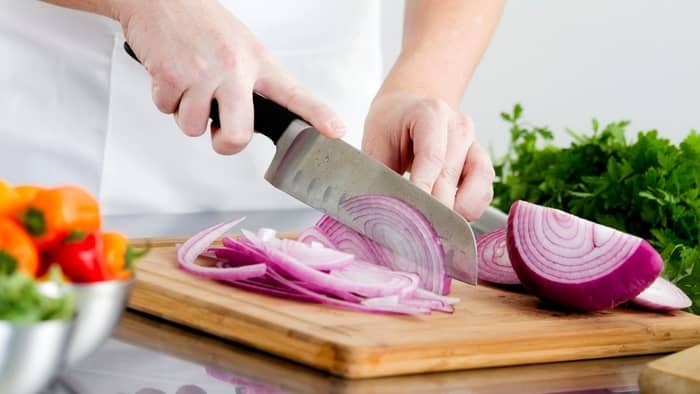 Step Four: One Half At A Time

The onion has been removed from its dry outer layer. Now, it is time to cut the onion, one half at a time. Picking either half of the sliced onion, setting it sliced side down to the cutting board with one of the cut ends facing you.

From top to bottom of the stems, slice the onion. You want the slice to both start and finish at each stem end of the onion. Attempt to keep each slice as even and consistent as possible, with about the same thickness of each slice.

Step Five: Repeat For Other Half

Repeat this process with the other half of the cut onion.

Now that all of the onion has been cut into even slices, separate the onion slices that have bunched together. As onions are layered, there will be small sections and larger sections, but they will each be sliced evenly so that they can sautee to perfection in the fajitas.

If you prefer bigger pieces of onion in your fajitas, go back up to step four, and instead of facing the cut end of the stem towards you when slicing, simply face the stem ends away. Then, when you cut across the onion, the end result will be large onion slices that are shaped into semi-circles.

These larger slices may need to be cooked and sauteed for longer than the other onion slices variation but are just as delicious in fajitas.

Did you find this article informative? Make sure to leave a comment below to tell us what you think or if you have any questions. Don’t forget to share this informative article on “What Kind Of Onions For Fajitas”.

Tag us on social media to show us how which kind of onion you picked out, the success of your onion slicing, and the final result of your steamy fajitas creation! Make sure to share this article, and its inclusive information on “What Kind Of Onions For Fajitas”, with a friend or family member to spread the love (and the steamy fajitas! 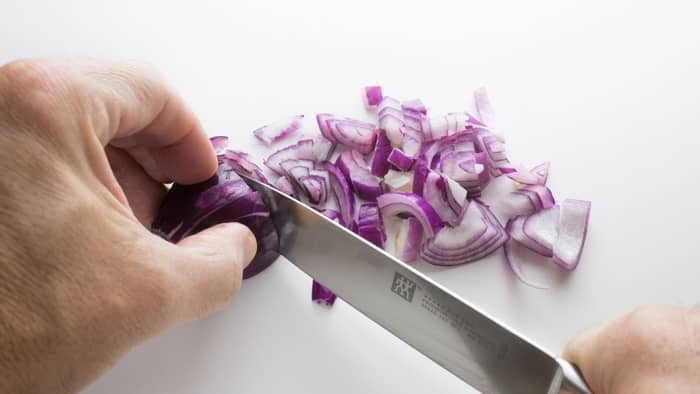 How do you cut onions for fajitas?

The goal when slicing onions for fajitas is to make sure that they are as even as possible. This is necessary as when the onions are cooking, we want them to cook and crisp up as evenly as possible to ensure quality flavor and texture.

what kind of onions are best for fajitas

Traditionally, white onions are used in Mexican cuisine for their robust and sharp flavor.

what color onion for fajitas

When picking out a type of onion for cooking fajitas, white onions are traditionally used but yellow onions are often a great substitute with red onions being a sweet and colorful alternative.