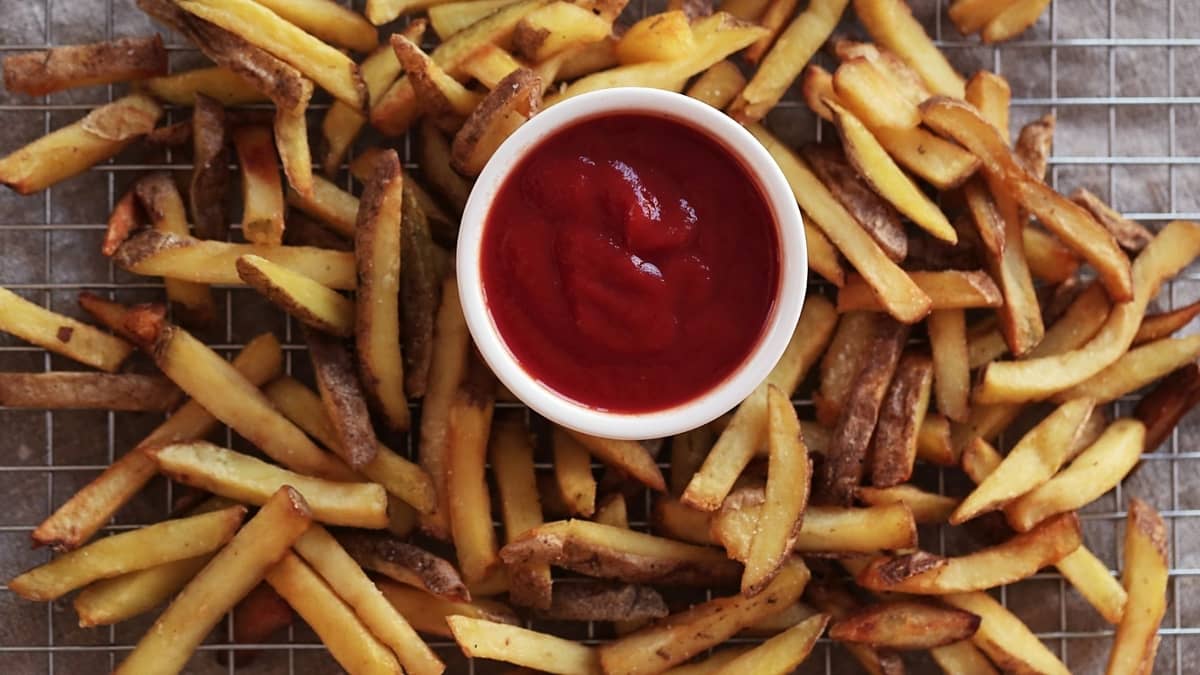 Last Updated on October 24, 2021 by Guillermina

Hunting for the best vegan French fries a fast-food restaurant can offer? Look no further! Wendy’s fries and the kind of oil they use are vegan, along with several other menu items.

Amongst the most popular fast-food chains in the United States, Wendy’s has been around since 1969. Even if you’ve never been to Wendy’s, there’s a great chance you’ll recognize the logo. The freckled girl with red hair in two braids and blue bows is a well-known icon in the United States

This fast-food chain is most known for their chicken sandwiches, Frosties, and French fries. Other popular menu items include hamburgers and chili.

What Are Wendy’s fries?

Wendy’s fries are “natural-cut” with the skin-on. Served hot and crispy, these mouthwatering fries are sprinkled with sea salt. Many fans are known to dip their order of fries in a Wendy’s frosty – the ultimate duo.

According to Wendy’s website, their fries contain only three ingredients. 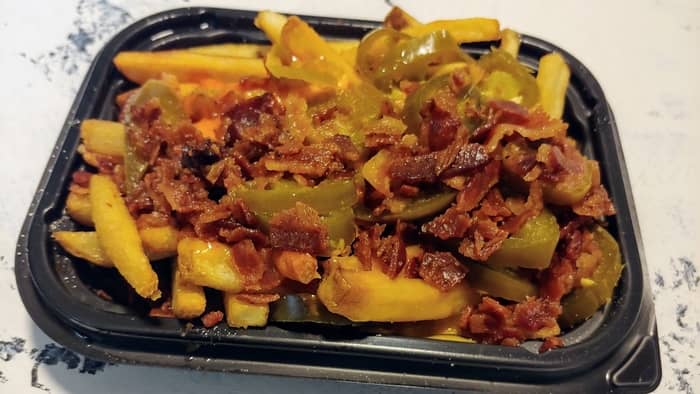 Many fast-food chains fry their French fries in animal fat, but this isn’t the case with Wendy’s. Obviously, potatoes are vegan. Let’s take a closer look at the rest of the ingredients.

What Is Rapeseed Oil?

Maybe not the most commonly used cooking oil, some of us likely have this oil at home. There are two types of rapeseed oil: industrial and culinary. Industrial rapeseed oil is used in machinery and other non-food industries.

In order to create an edible version of industrial rapeseed, the culinary version is modified and closely related to canola oil. Culinary rapeseed oil is used for just that – cooking. Grown mostly in Canada, this oil is processed from the same plant as broccoli and cabbage.

Rapeseed oil is known for its high smoke point. It’s ability to handle high temperatures is likely why Wendy’s uses it for their French fries. A bonus: rapeseed oil is vegan-friendly!

Condensing all the chemistry, PDMS is an anti-foaming agent. Good in high temperatures, it’s used in frying oil to maintain the texture of the final product. This additive is not made with 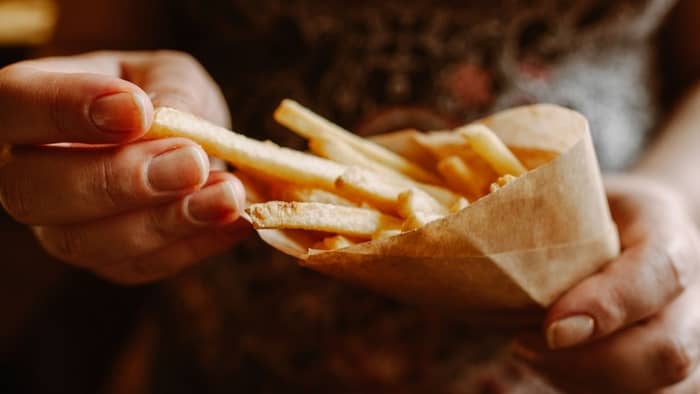 For a small order of fries at Wendy’s, it’s 175 calories, 8.5 g fat, and 22 g carbohydrates. Additionally, there are only 2 g of both fiber and protein. Naturally, a larger sizes of Wendy’s French fries will increase these numbers in each category.

Fries are notoriously unhealthy menu items at fast-food restaurants. Considering the ingredients and nutrition facts, Wendy’s fries are no exception to this – even if they are vegan friendly. However, all foods can have a place in an overall healthy diet and fries make the list.

Aside from their beloved fries, there are a few more vegan menu items at Wendy’s. These food items aren’t the most well-rounded when it comes to meals, but they are an option if you’re following a vegan diet.

Unfortunately, Wendy’s does not have a vegan burger or sandwich of any kind. If you’re craving a wrap or sandwich, order a one and remove the meat, cheese, and other non-vegan ingredients. Ask for extra veggies and a vegan-friendly dressing to dip.

While this may not be the best vegan sandwich option out there, it’s better than nothing if you’re limited to Wendy’s. It won’t have much protein, but at least there’s some fiber with all those vegetables!

Wendy’s is open early for breakfast. However, it may not be worth the stop for vegans. There are only two vegan-friendly options to choose from, neither of which make a meal.

Breakfast on the go isn’t complete without potatoes and Wendy’s has you covered here. Similar to the regular French fries, these aren’t the healthiest way to start your day. 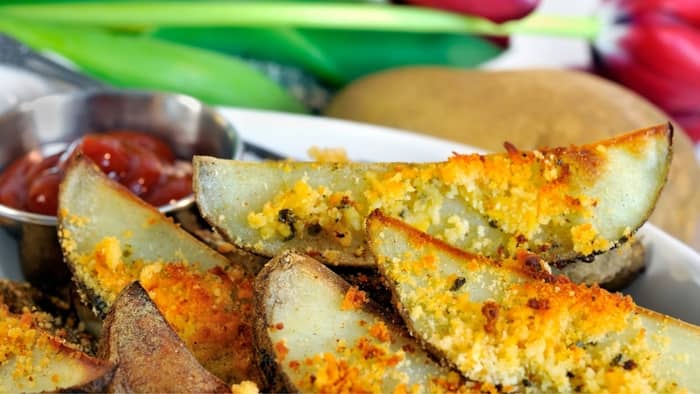 Similar to other fast-food chains, Wendy’s offers pre-sliced apple slices. Available all day, they can make for a healthy snack or added as a salad topping.

Did someone say potatoes? This hot potato is 100% vegan, however, the sides that come with it are not. You can bring your own sides or add some pepper to spice it up.

While this option seems like an obvious choice, the Garden Salad must be modified before ordering. Be sure to remove the cheese and croutons, both non-vegan toppings.

Another salad, another way to get some greens – with modifications of course. This salad packs a little more punch with the avocado, tomato, and corn toppings. Order the Southwest Avocado salad without the chicken, bacon, and cheese. 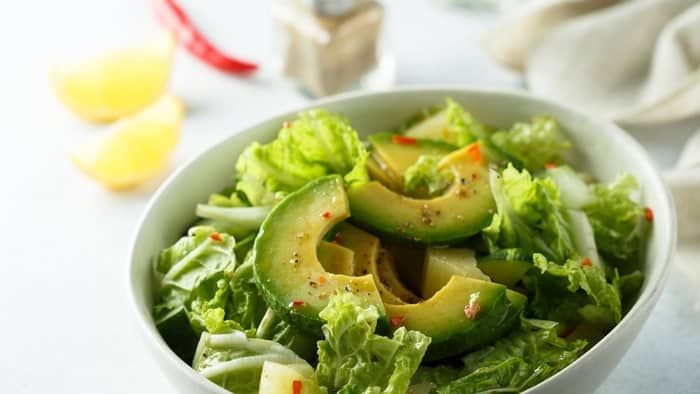 Refined cane sugar is one of the non-vegan ingredients and a deal-breaker for some vegans. Non-organic cane sugar is processed using animal bone char. Depending on your personal definition of vegan, you may allow non-organic sugar in your diet.

Natural flavors have a natural origin and is approved for use in the food system. On the other hand, artificial flavors are man-made and can be very similar to their natural counterparts. Manufacturers use these labels to make ingredients lists shorter or hide a company’s recipe from competitors.

It is unclear if food items made with natural and artificial flavors are truly vegan because of this. Both of non-organic sugars and these flavors are not avoided by all vegans, but it is noteworthy for those that don’t include them. Frequently found in fast food, these ingredients may be in some of Wendy’s vegan items.

While they may not be the healthiest snack or side, but we all crave a good French fry every so often. Wendy’s French fries are vegan friendly, including the oil Wendy’s uses for their fries. Do you like Wendy’s fries? Comment below!