Last Updated on September 25, 2021 by Guillermina

Sometimes there’s just nothing more satisfying than a bowl of cereal! If you’re following a vegan diet, this breakfast staple can make a huge impact on the amount of B12 you’re getting in your diet. In this article, we’re talking all things B12 and which vegan cereals are fortified with B12 – one spoonful at a time.

This water-soluble vitamin is essential to the human body to maintain its normal functions. It’s plays a role in the health of blood cells, DNA, and the nervous system. B12 is also known as cobalamin.

During digestion, B12 is released from the proteins in food when it binds to the acid in the stomach. It is then bound to an enzyme called intrinsic factor, where it travels to the end of the small intestine to get absorbed.

Why B12 is Important?

If you’re following a plant-based or vegan diet, there’s a good chance you’ll need a boost of vitamin B12. B12 is an essential vitamin found primarily in animal-based foods. Because of this, it can be hard to get enough B12 in a vegan diet. Vitamin B12 plays a key role in brain function, making red blood cells, and creating DNA.

The amount of B12 needed depends on age and stage of life, shown by this chart from the National Institutes of Health.

If you’re not getting enough B12 in your diet, it can lead to a deficiency known as pernicious anemia. Symptoms include fatigue, numbness, and dizziness, among others. Pernicious anemia is hard to detect because symptoms can be very similar when lacking other vitamins.

A deficiency in this vitamin is a long-term effect of not getting enough B12 in your diet, and supplementation will most likely be needed to treat it. If you think you may have a deficiency in B12, talk with your healthcare provider to diagnose and discuss treatment options.

There are a few groups that are at the greatest risk for B12 deficiency. Vegans and vegetarian diets are at risk for a B12 deficiency because most of the B12 food sources are meat. If you eat some animal products, you can still be at risk of deficiency.

Age is another factor to consider. As we get older, our bodies don’t digest B12 as well because the acid in our stomach decreases. The Institute of Medicine recommends both vegan and non-vegans over the age of 51 to consider adding fortified foods or supplements to their diets.

Gastrointestinal disorders, like celiac and Crohn’s disease, make the absorption of B12 even harder. Some of these GI disorders can damage the part of the small intestine where B12 is absorbed. It can also cause a decrease in intrinsic factor, the enzyme needed for absorption.

Multivitamins can be a good way to boost your overall vitamin and mineral intake. Unfortunately, they will have lower amounts of B12, if any at all. Some of the other vitamins in the supplement can interact with and prevent absorption of B12.

Many vegans will take B12 supplements or eat fortified foods as a precaution to avoid deficiencies. B12 supplements are made from bacteria and vegan-friendly, but always read the ingredients and talk to your healthcare provider before purchasing.

Food Sources of B12 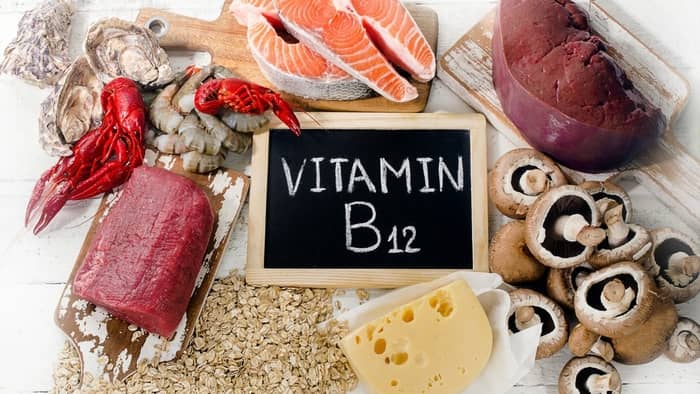 The best vegan-friendly sources of B12 are fortified foods, such as non-dairy milks, meat substitutes, breakfast cereals, and some kinds of nutritional yeast. The B12 these foods are fortified with are readily absorbed by our bodies.

There have been some misconceptions around B12 found in plant-based sources not having adequate amounts, despite nutrition labels. Studies have found that some seaweeds contain cobalamin, but it may not be the active vitamin B12 that humans need. The amounts of B12 has been inconsistent in research, so it is best to not rely only on plant-based sources for B12.

There are so many fortified cereals on the market, it can be hard to choose! Thankfully, it is easy to figure out if a food is fortified with B12. The ingredients will include a list of vitamins fortified. You can also take a look at the nutrition facts label for the amount of B12 per serving.

To make your trip to the grocery store easier, here’s a list of vegan-friendly, fortified cereals:

Manufacturers are constantly changing the ingredients on food products, so it is best practice to always check the box before buying. For some cereals, the sugar used may not be organic, so this item may not be vegan-friendly depending on how you define vegan. 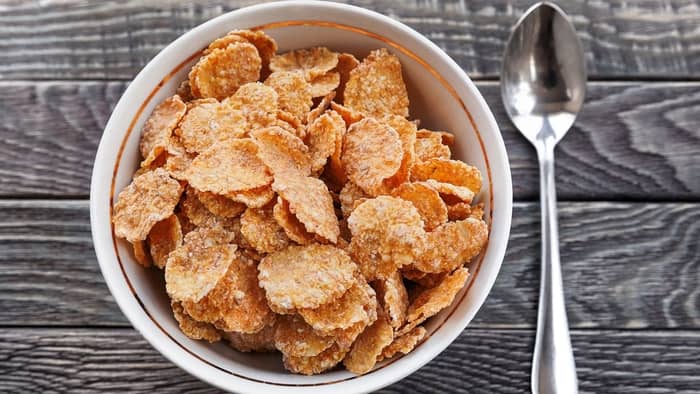 Pair your fortified cereal with B12 fortified, plant-based milk! There are many plant-based milks to choose from. Almond, coconut, and soy milk are usually fortified with B12, but be sure to check the label before purchasing.

Vitamin B12 is a very important nutrient that vegans need to make sure they are getting enough of in their diets. For the most absorption, the best vegan sources of B12 are fortified foods. A bowl of cereal (with plant-based milk) can be a delicious, vegan-friendly way to get some extra vitamin B12 in your diet!