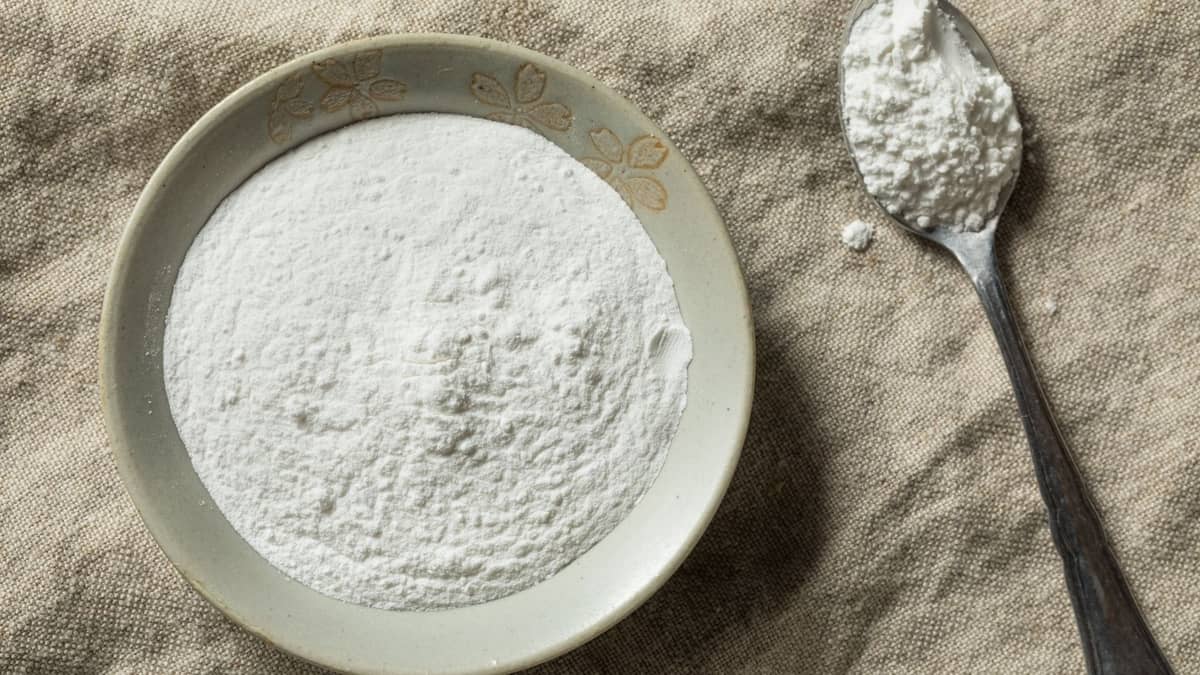 Last Updated on January 17, 2022 by Guillermina

How Is Cream Of Tartar Vegan?

Though the word “cream” in the name can be meddlesome and confusing, as “cream” is usually derived from dairy, cream of tartar does not come from any animal-based derivatives. It is naturally found in a process that occurs in fruits like grapes and oranges, which is how tartaric acid, an organic acid, is formed (which is where the ingredient cream of tartar originates from).

Cream of tartar is also known as potassium bitartrate. It can be used in many different forms, including food, cleaning supplies, medicines, and even cosmetics! 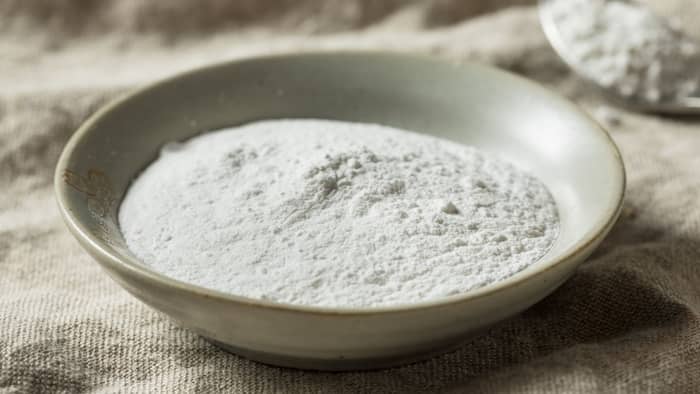 Recipes That Use Cream Of Tartar

Have you ever had macarons? It took me years to finally give these tasty French delicacies a try. And wow, did they blow my mind away!

So, although macarons aren’t traditionally made vegan, this recipe specifically reimagines macarons—or the ingredients used to make these tasty treats anyways—in a fashion that benefits vegans all around! This recipe is vegan-friendly and uses cream of tartar, the main subject of this article used in another trendy, delicious way! 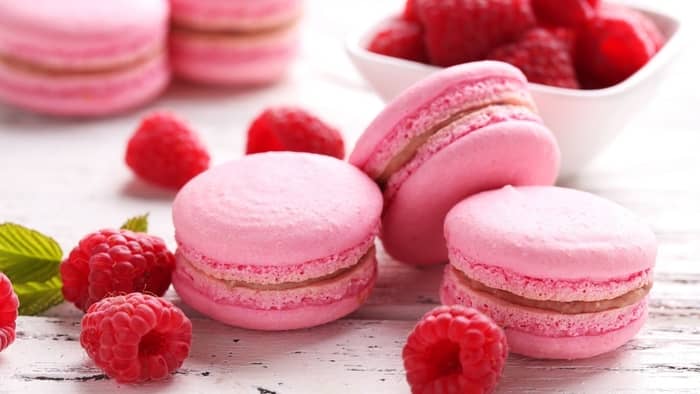 Wow! You have to give this recipe a try for your next potluck or celebration—or even Halloween! These Forest Floor Vegan Meringue Mushrooms Cookies are fantastical and look deceptively like wild mushrooms! Don’t worry, they’re edible and vegan. This recipe uses cream of tartar to conjure up these wonderfully light and sweet treats.

Are you a fan of a chocolate mousse without the animal-based derivatives? Then, try out this Vegan Chocolate Mousse (With Aquafaba) that uses cream of tartar to really thicken the vegan chocolate mousse to get that desired fluffy and thick consistency that makes you go smile in delight with each bite. 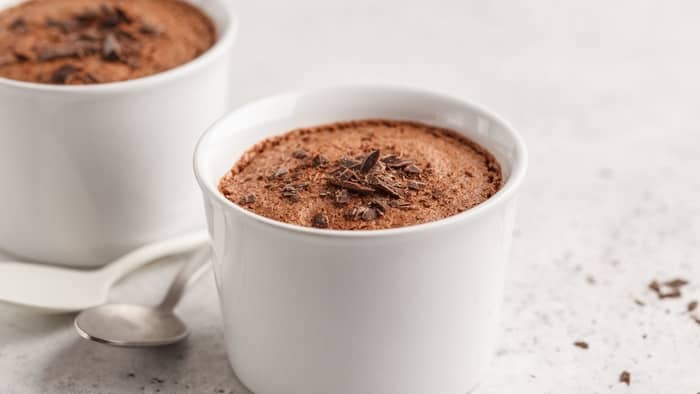 Everyone loves a good dosage of caramel paired with crisp, sweet apples! This Vegan Caramel Apple recipe uses cream of tartar to thicken the caramel to the desired consistency. Maximum, this recipe takes about 20 minutes total to create this delicious, festival or fair delight!

Who doesn’t like whipped cream? Whether on strawberry shortcakes, chocolate cake, fruit—you name it! Whipped cream is a wonderfully sugary fluffy addition to our favorite foods. This recipe for Vegan Whipped Cream calls for only four ingredients: aquafaba, cream of tartar, vanilla extract, and granulated sugar. And it only takes 10 minutes to make!

These Vegan Meringue Cookies are a fluffy, light delight! This recipe calls for cream of tartar to be used as not only a thickening agent but to lighten the color of the Meringue Cookies to get that white coloring that is traditional for meringue cookies.

How crazy is this! This recipe only requires four ingredients! Four! That includes aquafaba, vanilla extract, cream of tartar, and white sugar. Mind = blown! 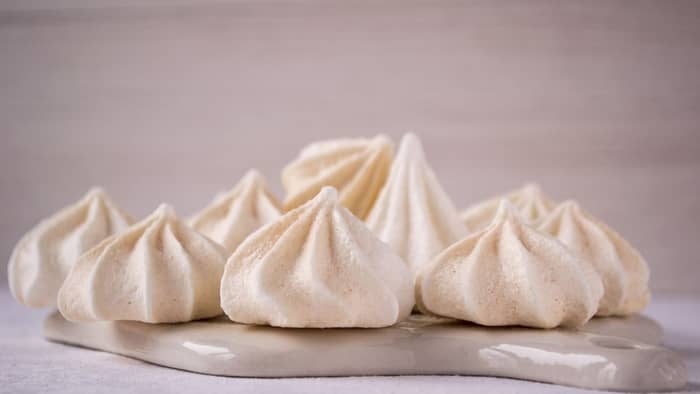 Frontier Co-op is forging the battle in the way of providing products that are non-GMO, non-ETO, and non-Irradiated. Cream of Tartar is a magnificent leavening agent in baked goods like cakes and souffles, and a necessity in making traditional Snickerdoodle Cookies. 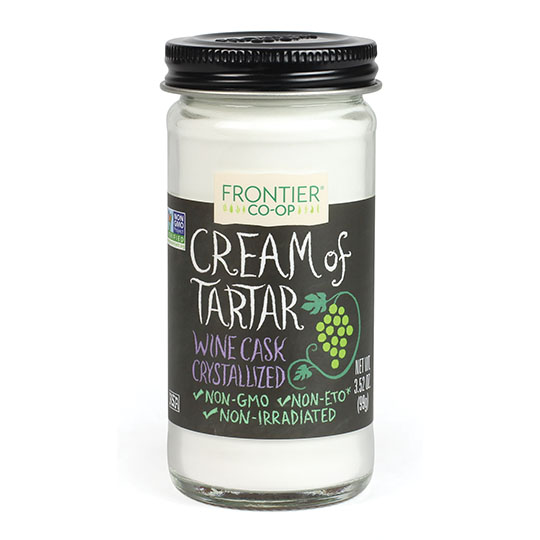 Spicely’s Cream of Tartar is completely organic and non-GMO. They provide different containers including glass jars and eco-friendly boxes (which they call “ecoBox”). Whether it be vegan meringue cookies or vegan chocolate mousse, cream of tartar is a necessity in creating the perfect thick and fluffy consistency and coloring for a successful baked good. 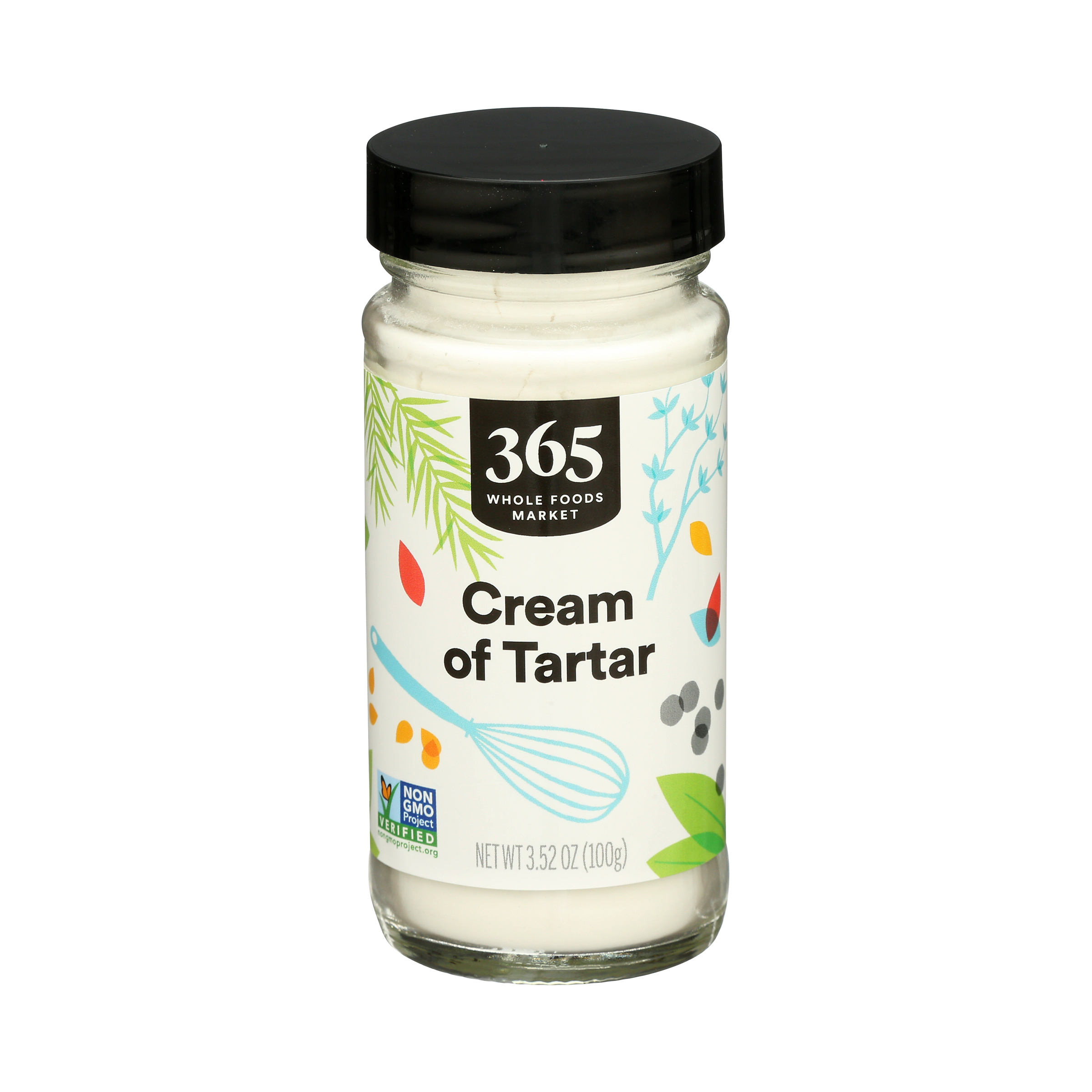 The Spice Hunter, Cream of Tartar

The Spice Hunter has revealed the secret to snow-white sweets…Cream of Tartar! This product can also be used to prevent the discoloration of foods when cooked, like broccoli. The cream of tartar helps preserve the color of the foods, making them appear fresher and vibrant. Did you find this article informative? Make sure to leave a comment below to tell us what you think or if you have any questions. Don’t forget to share this informative article on “Does Cream Of Tartar Have Dairy?”.

Tag us on social media to show us which vegan treat, that uses cream of tartar, ended up being your favorite! Make sure to share this article, and its inclusive recipes, with a friend or family member to spread the love!