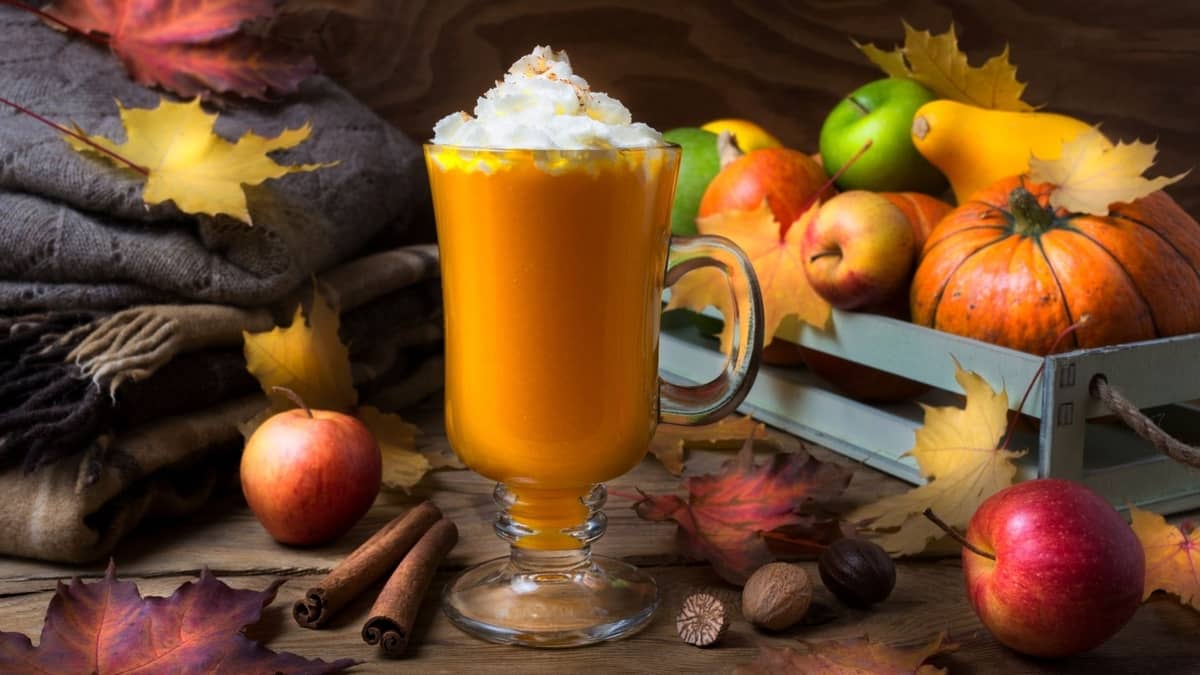 What Are Pumpkin Spice Lattes?

Abbreviated as a ‘PSL’, these coffee beverages are all the buzz when fall approaches. Almost any café, especially chain coffee shops, have a pumpkin spice latte featured on their seasonal menu. Starbucks, amongst the most popular coffee shop in the world, has credit for bringing this holiday staple into the world.

Believe it or not, the PSL’s original name was the Fall Harvest Latte. Created in 2003, Starbucks’ research & development team got the idea for a fall-themed coffee by eating pumpkin pie and sipping espresso. This delightful beverage has been around for over 15 years and continues to grow in popularity – even beyond coffee.

For a long time, Starbucks didn’t disclose their ingredients for their PSL. When the public found out there wasn’t real pumpkin (or any at all!) in their favorite fall go-to, Starbucks changed their recipe to include it. 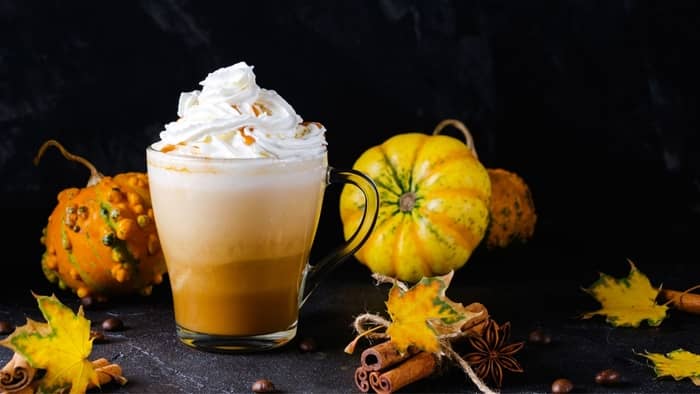 Regardless of where you’re grabbing a latte from, pumpkin spice lattes have the same basic ingredients: espresso, milk, pumpkin sauce, pumpkin spice, and whipped cream. These five core ingredients are how Starbucks makes their PSL’s, which are unfortunately not all vegan.

Espresso is vegan and makes this delicious beverage caffeinated. For less caffeine, you can order the drink with fewer espresso shots or substitute for decaf espresso. Try a pumpkin spice latter with blonde espresso for a smoother and sweeter flavor.

The coffee industry has a history of ethical issues like slavery and environmental degradation. Some coffee shops have fair trade or locally sourced beans, which are more vegan-friendly than mass-produced imported coffee. Head over to a local coffee shop where ethically sourced coffee beans are used.

Most coffee shops have a few plant-based milks to choose from. The soy, coconut, almond, and oat milk at Starbucks are all vegan. Choose your favorite to steam for a warm vegan pumpkin spice latte. 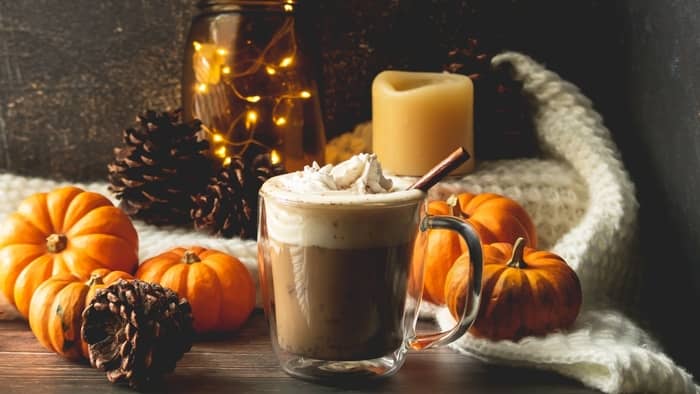 To a pumpkin-loving vegan’s disappointment, the pumpkin sauce at Starbucks isn’t vegan because it contains dairy. The ingredients, listed on their website, are:

There are a couple non-vegan ingredients within the sauce to point out. The most obvious one is the condensed skim milk. Additionally, the sugar used is not organic, which isn’t vegan-friendly depending on if you allow refined cane sugar in your diet.

A blend of a few common spices, pumpkin spice is made of ground cinnamon, ginger, nutmeg, and clove. Adding a dash of these spices is the cherry on top of a PSL – and they are all vegan.

Traditionally made with dairy, most whipped creams and the ones at Starbucks are not vegan. Vegan cafes will have a vegan whipped cream option. Otherwise, order a pumpkin spice latte without whipped cream to remove the dairy. 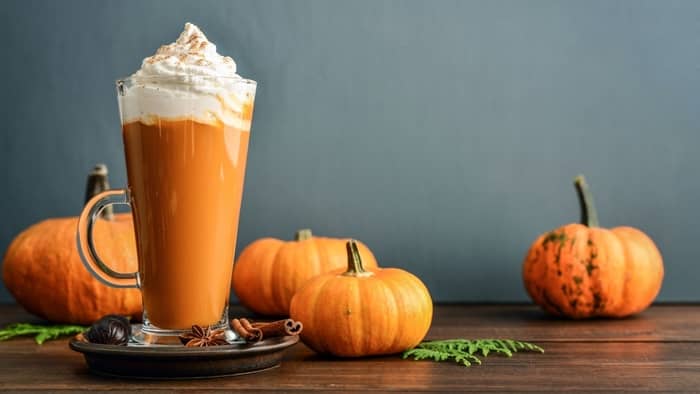 Pumpkin spice lattes have gotten a bit of a reputation for being ‘basic’, but that doesn’t stop fans from loving this seasonal phenomenon. Pumpkin spice lovers can find pumpkin spice-flavored coffee essentials like creamers and cold brew. Enjoy fall’s favorite flavor without leaving the house by stocking up on these similar vegan pumpkin spice latte products.

Read more about Are The Popular Yankee Candles Vegan?

Despite their non-vegan pumpkin spice latte, Starbucks released an almond and oat milk non-dairy creamer. Inspired by their pumpkin spice latte, this 28 fluid oz container could last you through most of the fall to add to your brewed coffee. This variation includes non-organic sugar, which may be a red flag for some vegans. 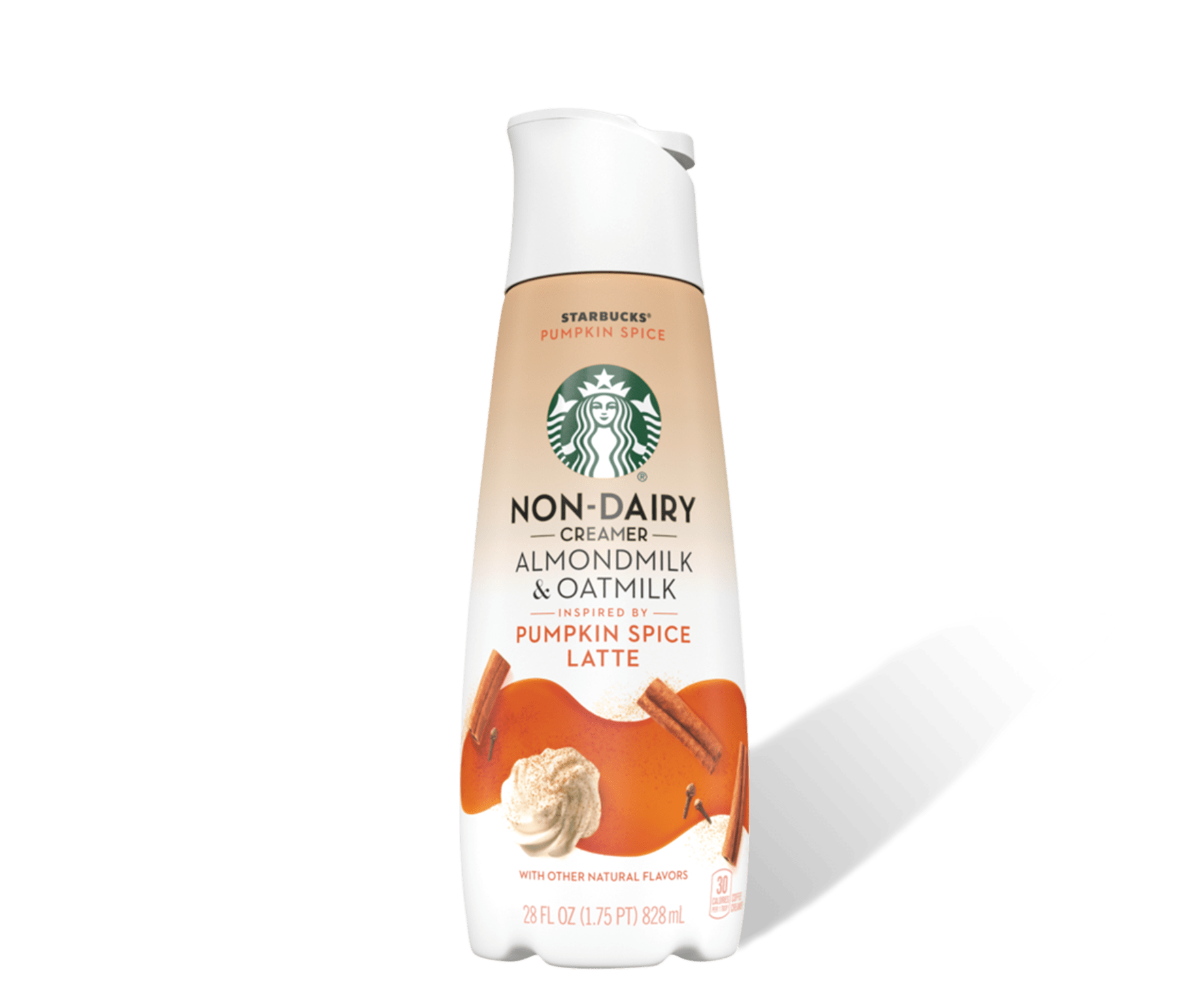 Organic and sustainably sourced, this festive cold brew brings all the spice and the caffeine kick. As easy as ‘pour and enjoy, this cold brew is 100% vegan and made with oat milk. Gluten-free individuals can also enjoy this brew without concern.

Get the best of both worlds in these two pumpkin spice-at-home coffee staples: Califa Farm’s cold brew and creamer. Made with almond milk, these non-GMO Project Verified products are ready to join your pumpkin spice coffee rotation. It’s important to note that Califa Farms uses non-organic cane sugar. There is now pumpkin spice flavored everything – granola bars, yogurt, cereals, alcoholic beverages, and beyond. If you’re looking to expand your pumpkin spice intake outside of a latte, keep an eye out for these other vegan pumpkin fall favorites.

Vegan pumpkin spice lattes may not be at Starbucks, but they can be found or made with a few variations at other coffee shops. They may rule the fall seasonal food scene, but they’re not alone in the competition. Get your fix of at-home pumpkin spice coffee creamers, cold brews, and other goodies worthy of falling for, too.