Proceeding through this article on Vegan Egg Substitutes For Frying, I’ll be providing vegan fried egg alternatives and sides to pair and enjoy with vegan fried eggs!

The best, in my biased opinion, to fried egg (vegan or not), is avocado toast. Now, preparation is key for a successful avocado toast. Owning an air fryer or a toaster oven is essential in obtaining that perfectly crispy bread texture. Obviously, a good avocado is necessary as the best base for the avocado toast. Toppings are so very important to getting that unforgettably tasty taste out of your avocado toast. My favorite toppings are red chili flakes, everything but bagel seasoning, and fresh lemon juice. Trust me on this, you’re going to love this combination for your avocado toast (so much so that you might forget about your vegan fried egg!).

I’ve you never had vegan bacon (no hate here) but you’re missing out. Lightlife Smart Bacon, a vegan bacon brand, is similar in taste and texture to turkey bacon. You’ll definitely note that saltiness in each bite, but it brings you back for me. I personally love pairing Lightlife Bacon with my vegan omelets. Sweet Earth’s Benevolent Bacon is another great vegan bacon alternative. The flavor in each bite is unrivaled (next thing you know it’s gone!). I haven’t tried this next brand yet, but Hooray Foods’s Plant-based Hickory Bacon looks a lot like real bacon, which can be unsettling for some and intriguing to others. Don’t worry, similar to The Impossible Burger’s unreal similarity to the real meat, this food is completely plant-based and vegan-friendly.

Pair your vegan fried egg with sauteed mushrooms and spinach for a low-calorie side option. Spinach is packed with plant-based iron and lutein. These nutrients protect eye health by combatting the risk of age-related macular degeneration (AMD). To add to more benefits of spinach, the consumption of spinach supports brain health due to its anti-inflammatory benefits. Paired with mushrooms, these two veggies are nutrient-packed beasts. Mushrooms are a great source of Vitamin D and potassium, which are known for reducing the impact of sodium intake on the body. They also have anti-inflammatory properties, like spinach, that have been shown to boost the human body’s immune system to fight against illness. 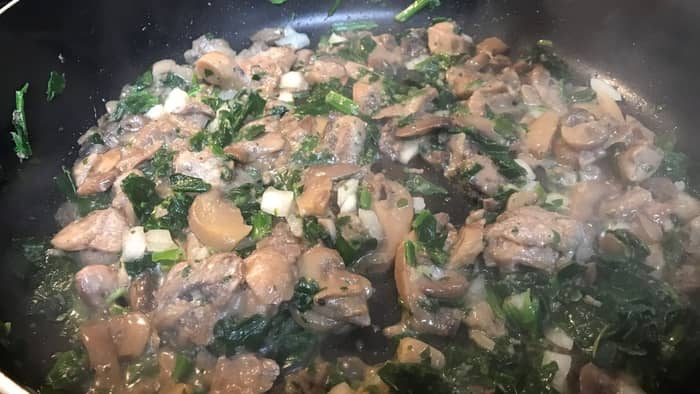 There’s nothing quite like a good batch of crispy breakfast potatoes in the morning. Rich in antioxidants like carotenoids, phenolic acids, and flavonoids, the benefits of eating potatoes can hinder the risk of chronic diseases like diabetes or heart disease. There is a potato protein, known as proteinase inhibitor 2 (P12) that curbs appetite as it enhances the release of a hormone that creates the feeling of fullness, known as cholecystokinin (CCK).

Fruit is a second low-calorie option to pair with your vegan fried egg. An example fruit could be purple grapes, which are a great source of Vitamin C and antioxidants. Vitamin C aids in the immune system in battling against bacteria and infections. Antioxidants aid in fending off free radicals that cause cancer by damaging cells. Another fruit filled with nutritional benefits for great health is bananas, which are easy to access and known for being filled with potassium. If you didn’t know, potassium actually supports a healthy heart by ridding the body of sodium and controlling blood pressure levels. 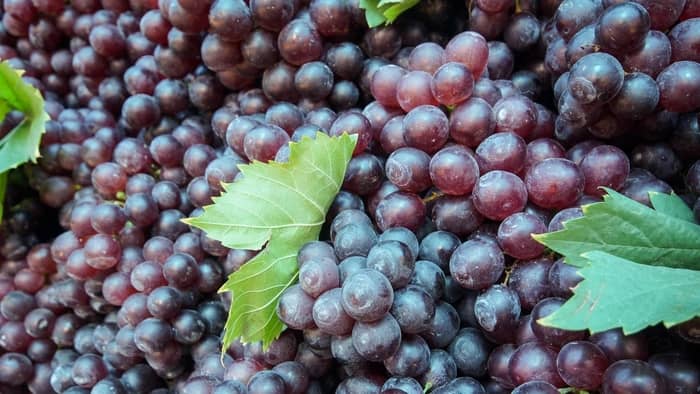 The Best Egg Substitute For Frying and Brading

Another great vegan egg alternative is the usage of chickpea flour! Yes, “flour”! Similar to the making of chia seed eggs, all that is required is mixing chickpea, or garbanzo bean flour, with water and your preferred seasoning–paprika, salt, turmeric (for coloring), garlic powder, etc. Here’s a tip! Add some veggie broth to the mixture, it adds even more flavor to the chickpea egg mixture.

Chia seeds are commonly used as an egg replacement in baking vegan-based goods. They can also be used as a form of breading like in French Toast! Simply combine milk, chia seeds, vanilla extract, and cinnamon in a mixing bowl. Stir thoroughly, then use to cover your favorite bread and fry in a pan to make your new favorite recipe for French Toast!

This recipe combines the power of flax seeds and protein powder to create a delicious, nutritious high-protein recipe—French Toast! FitVeganChef is a vegan bodybuilder who enjoys sharing her favorite macro-friendly recipes for all the fit-vegans out there trying to hit their macros. In this particular recipe, she uses flax seeds and her favorite protein powder as a breading batter to create a macro-friendly and vegan-friendly French Toast recipe.

Did you find this article informative? Make sure to leave a comment below to tell us what you think or if you have any questions. Don’t forget to share this informative article on answering the question, “Vegan Egg Substitute For Frying”.

Tag us on social media to show us your vegan fried egg and what you paired it with!